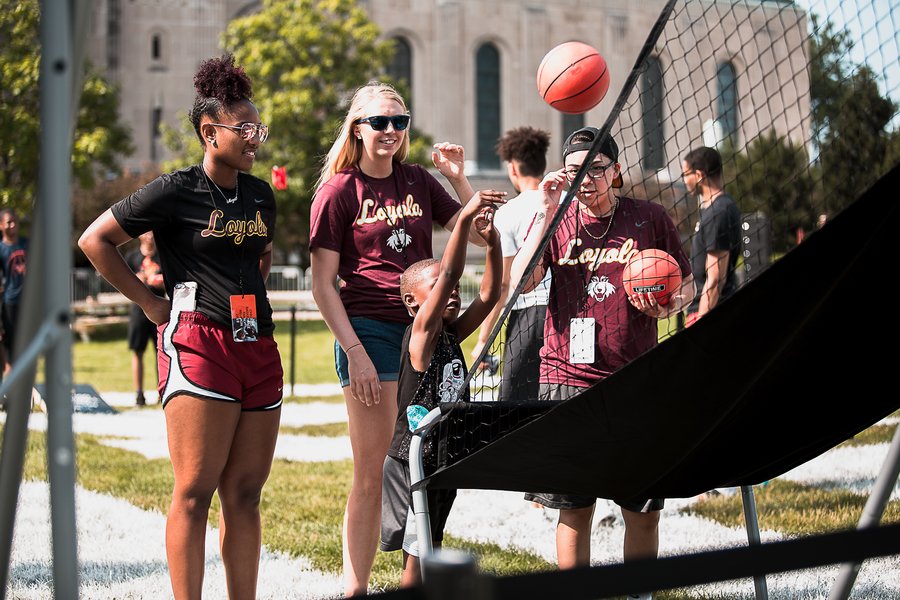 High school and college basketball players from around the city of Chicago came to Loyola University this past Saturday to celebrate their love of the sport with music, games, food and other players who have a passion for hooping at Nike’s Chicago Basketball Family Reunion.

For many students, this was a significant event, like Loyola student Alexis Meyer who said, “I think it’s a great opportunity to bring all of these people together through the game of basketball.” Students came from schools like Morgan Park High School, Kenwood Academy, Perspectives Charter School, and many more.

Upon entry, guests walked in to music being played by various DJ’s, including DJ Pharris, and got a pass and one complimentary meal card for each of the food services (Harold’s food truck, the Jerk Taco Man, and Robinson’s Ribs). There were basketball themed games such as Connect Four and an arcade-style shooting game as well as traditional games like the bean bag toss and Jenga.

The Marshall High School drumline kicked off the event with a performance. Next, the hosts brought out Chicago Sky players Allie Quigley, Gabby Williams, Courtney Vandersloot, and Stefanie Dolson. They all spoke about how this city played a major role in their basketball careers and what it’s like to play in Chicago.

Dolson shared her Chicago experience with True Star. “I was drafted to D.C. first and got traded here last year, so it’s my second year in Chicago. Love the city, love the fans, and I’ve just had a really great experience in this city and hopefully [I] finish my career here.”

After that, each Chicago Sky player went against three different high school players for three rounds, playing the arcade-style shooting game mentioned earlier. The Chicago Sky dominated with a score of 95-51 in the final round. 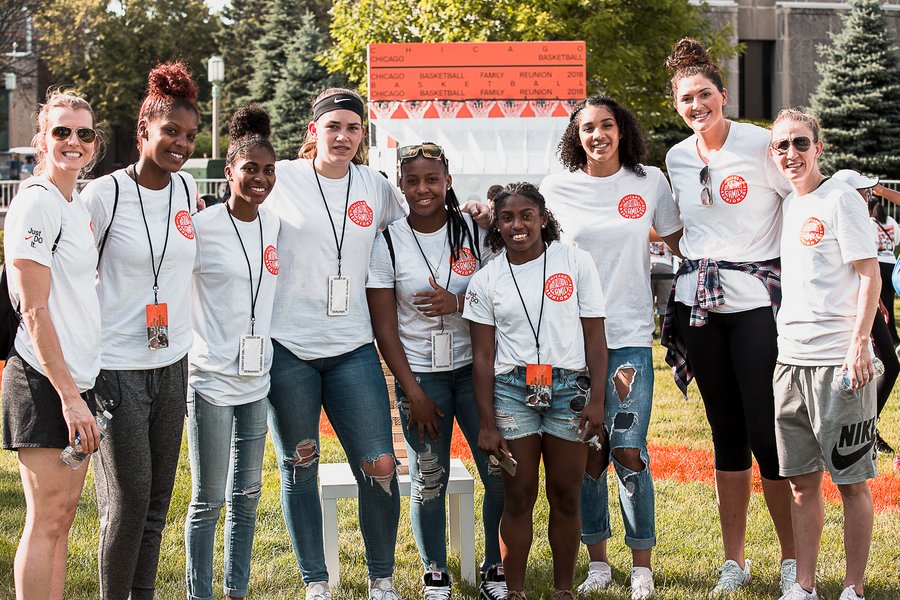 There was a special panel that consisted of Windy City Bulls assistant coach Jannero Pargo, six-time NBA Champion Scottie Pippen, newly drafted Bulls player Donte Ingram, and Chicago Sky player Allie Quigley. The panel was asked questions about their careers and how they met their goals. Pippen was asked how he stays positive. He responded by saying, “If you give up on your dreams, reality will never happen for you.”

Local legends such as Coach Lauren Foster, Coach Dorothy Gaters and Larry Stewart were honored by the hosts and the audience with their very own basketball with their names on it. Eventually, all of the students along with the coaches took a huge group picture, celebrating the importance of being a basketball player.

Concluding the entertainment portion of the event was South Shore’s Drill Team. They performed to a medley of songs such as “Look Alive” by BlocBoy JB featuring Drake, and “Rise Up” by Andra Day. After their performance, the hosts came out one last time to say their goodbyes while the students continued to enjoy themselves until the early evening. 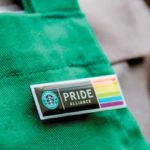 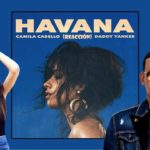