Stunner Lori Harvey has continuously caught the eye of some of the hottest A-listed suitors in the entertainment industry. Ranging from icons, rappers, and actors, it seems that they can’t get enough of Harvey. Even within the past two years, rappers have name dropped her within their tracks to essentially “shoot their shot.” However, Harvey is seemingly unphased by the increase in attention she’s been receiving.

What I’ve always loved about Harvey is that she’s unapologetic about her dating life. But then again, why shouldn’t she be? This is definitely the time to live her life the way she wants, with no baggage (kids, marriage, etc), and experiencing different relationships within her youth. At only 24 years-old, she has the entire world at her fingertips and she’s taking advantage of it.

With the establishment of her new romantic relationship with actor Michael B. Jordan and flaunting their Black excellence as a couple, social media has shown nothing but support for the stars. They’re constantly reposted on fans’ Instagram stories and tweeted about how their beauty compliments one another. There have been no allegations of cheating scandals on either end and the narrative that their relationship is just a “publicity stunt” has slowly begun to fade as fans fall more in love with the couple daily. However, there’s new drama surrounding Harvey’s current relationship with Jordan and a past courtship with notorious rapper Future.

The takeaway from social media is that Future couldn’t possibly be over Harvey because he insists on taking shots at her and her new beau; despite him being in an entirely new publicized relationship with rapper Dess. According to tmz.com., “The OG line was a not-so-subtle dig at Lori/Steve — it goes … “Tell Steve Harvey, I don’t want her.” Nothing too bad on the face of things … although he was catching flak. Welp, that backlash is only doubling now in light of what else he apparently had to say about the whole situation in the booth. The extended verse goes something like this … “Must’ve forgot to tell her daddy she begged me not to leave … She didn’t have a choice but to go f*** a lame after me // Realest n**** hit the t*** she damn near OD.”

Future dropped these disses in his new feature on a track with rapper 42 Dugg “Maybach”. Despite Future taking aim at Harvey and Jordan, she has yet to ever publicly comment on shots being taken at her. Honestly, I can respect her for that. No response is sometimes the best response. And plus, I bet she’s somewhere with her new beau being fed grapes on a yacht. However, her stepfather, Steve Harvey, has publicly vocalized his approval for his daughter’s new suitor.

Make sure to leave your reaction to this news below in the polls! 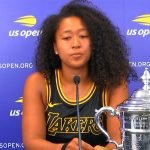 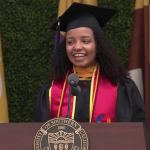