To put it simply: Joyce Wrice glimmers. She crafts a shimmering debut album of R&B perfection effortlessly, sprinkling in collaborations that are sure to trend and soulful tone throughout each track. The artwork is nostalgic and timeless, cementing an impression of the body of work itself. I had no previous exposure to Wrice, but this record left me majorly impressed and sharing to others immediately! If you’re someone who complains about the lack of real R&B in music these days, this record is surely for you.

Here’s the track by track breakdown:

Chandler: This album opens with a classic groove as Wrice laments all the things women must do for love while suffering hardship, something her lover wouldn’t understand. This track is smooth and catchy, and was, in my opinion, a lovely album opener.

*Falling in Love (feat. Lucky Daye): Some collaborations are so smooth, they just work. Teaming up with R&B’s upcoming star, Lucky Daye, this track is a dreamy love song. Perfect for top down cruising or serenading that special someone, this song is on my song-of-the-summer playlist for sure!

*On One (feat. Freddie Gibbs): If toe-tapping jams with a heavy bass are your style, this track is for you. It was stuck in my head all afternoon after listening, and the feature seems perfectly placed. This song closes out a chapter of fun love songs before getting into the meat of the record lyrically.

*Losing: If you need a breakup anthem, or just a song for moving on to bigger and better things, this is gonna be your jam. A standout track vocally, Wrice reflects on a lover who didn’t deserve what she had, something we can ALL relate to.

*You: This track counts as an interlude, almost hitting the two-minute mark. That doesn’t stop me from wishing there were three minutes more of it, because I love the sound and transition to the next few tracks! Reminiscent of Sabrina Claudio’s first LP “About Time” and bossa nova influences, this short track doesn’t pull any punches.

*Westside Gunn’s Interlude (Feat. Westside Gunn and ESTA.): One positive thing about this album is that it utilizes storytelling through interludes. When tastefully applied, they can help craft a story more effectively than their absence. Each interlude is representative of this, especially this one.

*Addicted: This track helps slow down the album, with a classic, smooth love song added to the roster. Wrice sings of a lover she can’t get enough of, over a catchy guitar loop and simple rhythm.

*Kaytra’s Interlude (feat. KAYTRANADA): The production value and star factor of Kaytranada on this track really makes it stand out! One of my personal favorites, the beat shakes and the vocals layer to create an entrancing effect. I also loved seeing two of my new favorite R&B voices team up.

*Must Be Nice (feat. Masego): By the time you get to this part of the album, you realize that it’s pretty feature heavy (seven out of 14 tracks). I don’t have many complaints about this, because of the length of the project. Wrice can hold her own amidst collaborators, and this is highlighted in her performance with Masego on this track. Probably my favorite because of the catchy melody and easy beats, I think this collab was tasteful and a standout for the project as a whole.

*Hot Minute Interlude (feat. Devon Morrison): This interlude doesn’t stand out as much as the others, so I don’t have as extensive comments on it as the others. It’s the only one I feel could be left off.

*Think About You: This track strips it back and slows it down, adding a classy string arrangement to supplement the bluesy beats. This track is shorter than the others, and almost felt like an interlude to me.

*So So Sick: Wrice’s vocals shine on this track, with clear tone and control for days! The only con is the placing. In my ideal arrangement, this song would have come much earlier on the album. Besides the quality of the track, the record begins to drag at this point, and it was harder to engage me with the story.

*That’s On You (Feat. Umi): This is the track I was most excited to hear! I’m a huge fan of Umi, and hearing her voice blend with Wrice’s was heavenly. I can understand why this song is as popular as it is (boasting the most Spotify plays of all the album tracks). I will definitely be relistening to this and adding to some playlists.

*Overgrown: The closer for this project is an introspective ballad that truly speaks for itself. Wrice sings of vulnerability and nights alone–an emotional tale of independence. I could heavily relate to this track and it resonated with me for a while after listening!

I’d give this project an 8/10! Wrice is a rising R&B star, and I’ll certainly be looking out for her future moves. I’d also love to see her live to see how her stage presence holds up to studio versions. 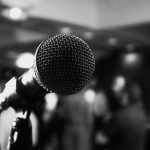 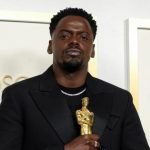