Nearly two years after the COVID-19 virus was first spotted, the death toll has now reached more than 5 million.

“More than 5 million people have died from COVID-19 in less than two years, as the world continues to battle the highly infectious delta strain of the virus and watches for new mutations,” reported CNBC.

This is likely part of the reason why the CDC has begun to recommend booster shots and extra doses to serve as extra protection.

This is also likely part of the reason why vaccines have been made available to be distributed to children between the ages of 5 and 11.

A new and highly transmissible COVID-19 subvariant called “delta plus,” also known as AY.2.2, was originally found in the United Kingdom and quickly spread to the United States.

It is becoming increasingly difficult to fight against the virus when new and more dangerous variants and subvariants are being discovered.

Until this inequity is solved, the pandemic will persist and we will continue to see more confirmed cases and more deaths at the hands of COVID-19.

The fact that there have been more than 5 million deaths at the hands of COVID-19 shows that the pandemic is far from being over. Seeing as we’re still in the midst of a seemingly worstening pandemic, it is recommend to practice all safety precautions to remain healthy and prevent the spread of the COVID-19 virus. Get vaccinated, practice social distancing whenever possible, and frequently sanitize your hands and high touch surfaces to prevent the spread of COVID-19. Five million deaths is far too many and we don’t want 5 million more. 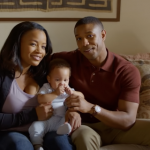 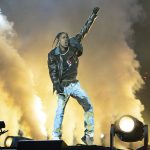