How can the child of dramatic reality TV star, Kim Kardashian and eccentric (and wildly controversial) rapper Kanye West, not be inclined to entertain the masses? North West, the eldest child of Kardashian and West, has exemplified her ability to amuse millions on TikTok. North West’s TikTok account, which she occasionally shares with her mother, has accumulated more than 12.8 million followers and more than 300 million likes since she first started posting in February 2020. The TikTok account (@kimandnorth) not only flaunts West’s comedic ability but also offers a rare and intimate insight into the life of the Kardashian-West family. West’s TikTok page features her lip-syncing to popular Kanye songs (even going as far as dressing up as him), makeup tutorials with her sister Chicago, and goofy videos with her mother.

Kardashian has faced criticism in the past for allowing North, who is only 9 years old, to have access to the internet. The internet is full of disturbing images and messages, inappropriate for the eyes of a child her age. Kardashian has ensured multiple times that she monitors her daughter’s internet activity very closely and reviews every TikTok before it is posted. Kardashian even went as far as turning off the comments on North’s TikTok account after fans began asking North to expose her mother’s credit card information online. Although Kardashian is working diligently to protect her children from inappropriate messages on the internet, many fans have brought Kanye West’s recent controversies into question. West and Kardashian’s children are not only seeing their father spread anti-semitic messages across the internet but also witnessing him being publicly canceled and slandered on social media could seriously devastate the Kardashian-West children’s view of their father. North, who has the most access to social media, is in the most danger of witnessing her father’s wrongdoing online. So how exactly can Kardashian protect her children from the massive dangers of the internet when their father is contributing to the hateful messages?

In the “Angie Martinez IRL” podcast last month, Kardashian voiced her struggle of co-parenting with West, and how she preserves West’s image when it comes to her children. “My kids don’t know anything that goes on, in the outside world,” said the mother of four. Kardashian is committed to protecting her children from negativity, sheltering them until they are ready to know the entire truth of their father’s situation. When it comes to being in the public eye, everyone around you is affected by anything you say or do. Kardashian is a prime example of a celebrity parent navigating raising children in the face of massive public controversy. North West’s TikTok account further illustrates Kardashian’s success in protecting her children’s happiness, laughing no matter what major scandal is going on on the internet. 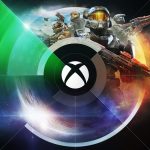 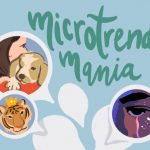