After 16 months of awaiting justice many followers of the Trayvon Martin case were disappointed as the jury’s decision was “not guilty”. Not too long ago President Obama stated that if he had a son he would look like Trayvon. Plenty of us want justice for Trayvon, there is no doubt about that. Many people see this in comparison to the Rodney King case where race was an apparent issue, but it seems that many people stuck to the stand your ground law. My question is who was standing their ground first? Watch President Obama’s latest thoughts…. 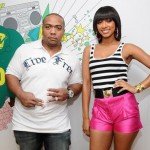 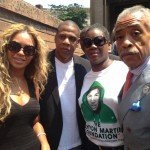