This is supposed to be a blog about something interesting and make you want to think about what’s going on in the world especially at a time like this. Time plays a very insignificant role in my life. I used to be a believer in planning and making things happen at a certain point, ensuring that things fell just the way I had written them in my head. I soon learned that theory only lead to disappointment. Things expire before their time and others last longer than expected. Again, showing that time has no place in the world of those that believe in action and reaction. Today’s my mommy’s birthday, so this entire 24 hours has been particularly special to me. Those of you who have kept up with the kid are aware of the fact that Mommy and I haven’t really had the best relationship, so now that we’re working on bettering it, I get extra happy any time anything involving her goes on. That’s my baby. So today just felt like the right time to come back to my essence and complete the hustle. I took my time getting back on the keys after my vacation only because I wanted to make sure that when I returned I had some great juice to give. The oceans in Puerto Rico gave me insight into what I really needed to be doing with my energy. The greens and blues of the Atlantic were my reassurance that I thoroughly followed the instructions I received. I left alot of sad and hurtful things on the backwind of the jet skis and spoke most of my pain into the grasslands in the Yunque Rainforest.

Every morning I woke up and realized uh baby off Indo was in San Juan, Puerto Rico I got excited because that was direct indication that I was moving toward a lighter, brighter, more colorful me. Puerto Rico showed me the darkness and where I needed to replace it with light and I followed it. I followed the 5 heavy rains that only lasted a few minutes and named them after the storms in my life – Depression, Adversity, Uncertainty, Unfocused and Overqualified. I was able to laugh, something I haven’t had much time or want to do before I boarded that plane.

Everything that could go wrong before that plane made it’s way into the air, did go wrong. But I needed that get away. For a week I left all of who I wanted to be and who I thought I should be on the other side of the Atlantic Ocean. While there I held tight to exactly who I was. Confused, anxious, and wanting to do something more. Something better than what I had been doing. I had lost all motivation to put any air to the fire of my dreams. Now here we are at 8/16, the half way point. I’m ready to start fresh. I’m in preparation to strike a new balance in my world. I’m thinking of this as my own personal new year. My thoughts are provoked by this strong desire to expand and grow to a turning point and help clear my path for a new start, so to speak. 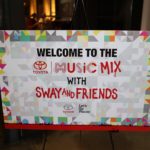 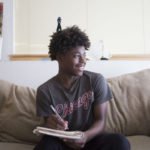