With an elite performance by Kaleah Copper, the No. 6-seeded Chicago conquered game three over the No. 5 seed, Phoenix Mercury.

The Sky are in the history books as well, winning by the widest margin in WNBA Finals history, 86-50, in front of a sellout crowd of 10,378 at Wintrust Arena.

“I don’t focus on what we won by, it’s just how we played,” Chicago coach James Wade said. “We know we have to stay focused. I want them to feel good about tonight’s win, but after tonight we have to really hone in on the next game. We have to take care of business.”

Chicago has moved up in the series, 2-1 in the five-game series, and is en route to claiming their first WNBA championships.

“I was telling my team. I’m 0-2 in Game 4 closeout at home,” said Candace Parker, who added 13 points. “I don’t want that to continue. We know they are a fantastic team, and they’ll come out and be ready. Come back stronger.”

The Sky so thoroughly dominated from beginning to end. On the defensive end, they held 6′ 8″ 207 pounds Brittney Griner to a dreadful four first-half points on 1 of 8 shooting. The Sky also shutdown star guard Diana Taurasi, holding to a measly five points on 1 of 10 shooting. Griner may have finished with 16 points and seven rebounds, but the Sky steadily held a 20 point lead the entire game.

On the offensive end, Kaleah Copper led the way, scoring 20 in the first half, shooting perfectly from the line in the quarter.

“Her energy is unmatched. Her positivity is unmatched,” said Parker of Copper. “You root for her because she’s a good person. She gives us a lift when we need it on the biggest stage, showing the world what we already knew in practice every day.”

The Sky never let their foot off the gas, continuing to push the ball in transition, getting easy points in the paint, extending the lead to 25-11 with 7:20 left in the second quarter.

In the lasting minutes, Dana Evans was on fire, draining three 3-pointers consecutively in the final 1:30, increasing the lead to a Finals record-high 36 points, three more than the Seattle Storm over Las Vegas (92-59) during last year’s Game 3.

“Today, honestly, nothing worked,” Diana Taurasi said. “Inside, outside, they really took us out of everything we wanted to run,” Skyler Diggins-Smith added. “It was ugly as hell. Give them all the credit, and let’s play on Sunday. We didn’t lose the series tonight. We’ve got an opportunity to get it out of the mud. We’ve got to bring it. This is what you want.”

Phoenix already has three titles. The fourth championship looks out of reach as the Sky look to ride their existing momentum to a Game 4 victory and close out the series. As a whole, the team’s shooting percentage was 25.8%, a WNBA Finals low. 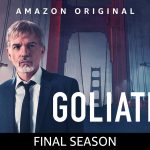 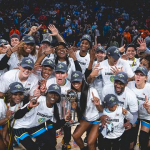