Calling all Paramore fans and former Twilight fans! If you were ever into the Twilight films you may remember that Paramore had two songs featured in the 2008 films. “Decode” was one of the leading tracks for the film and is one of Paramore’s most streamed music videos with 362 million views to date. If you listen to Paramore you know that “Decode” and “I Caught Myself” were originally unavailable on streaming services such as Spotify and Apple Music in the U.S. If you wanted to hear it you had to go to YouTube.

Finally, after almost 13 years, Paramore has released the songs on streaming platforms and fans couldn’t be happier. The band even began trending on Twitter.

Spotify even gave them a shout-out tweeting:

To show appreciation, Paramore retweeted and liked fan’s tweets in reaction to the release of the songs. This release at least will make fans feel better until Paramore releases their sixth studio album some time in the near future. Until then though it’s time to rev up the Twilight soundtrack and have your main character moment to these two Paramore songs! 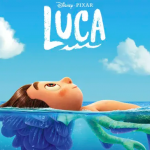 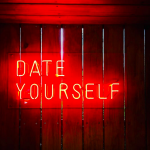