You know Patagonia, the clothing company? Well, according to its founder and Business Insider, they’re being given away to a trust and non-profit to help fight climate change.

Announced on September 14th, the company’s founder Yvon Chouinard, said that he wanted to do it to make sure that he wouldn’t have to worry about Patagonia’s value being compromised after he died. In case you didn’t know, this company’s always been a big advocate in fighting climate change. They even have a whole page on their ideals on their website, showing how they do their part to bring down carbon emissions.

This is a huge move for the $3 billion company and for the whole planet. That’s $3 billion that goes towards doing all that good. Way more than other companies have ever done in the past.

In Chouinard’s actual statement, he said: “One option was to sell Patagonia and donate all the money. But we couldn’t be sure a new owner would maintain our values or keep our team of people around the world employed.”

He goes on to say:  “Another path was to take the company public. What a disaster that would have been. Even public companies with good intentions are under too much pressure to create short-term gain at the expense of long-term vitality and responsibility. Truth be told, there were no good options available. So, we created our own.”

Chouinard ends his statement by saying: “Despite its immensity, the Earth’s resources are not infinite, and it’s clear we’ve exceeded its limits. But it’s also resilient. We can save our planet if we commit to it.”

Hopefully this news made your day a little brighter, as it did mine. What’s best is that nonprofits are entirely transparent with what they’re doing, and we’ll hopefully see all the good this money can do soon. Let me know what you think. 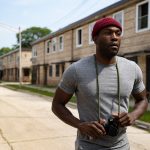 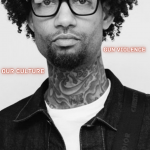