Today is the day we have waited a long four years for. Joe Biden and Kamala Harris have officially been sworn in on Capitol Hill as the 46th President and Vice President of the United States of  America. This day could not have come any quicker, especially after all the mess we have had to put up from the insurrection of the Capitol earlier this month, the racial injustice, and an era of a president who simply was unfit for the job. The Biden-Harris administration is hopefully the chance to really MAKE AMERICA GREAT AGAIN.

After an unprecedented election, Biden and Harris’s victory over the orange man was the first time in a long time that minorities could actually take a deep sigh of relief. They are the change that we pray comes after dealing with so much. It feels good to see the leadership in the White House reflect what we see every day. Harris is the FIRST Black and Asian woman to serve as the second in command.

The inaugural festivities kicked off yesterday evening with Biden saying “see you later” to Delaware. He showed appreciation in the form of a speech to his beloved state at the National Guard Headquarters named after his late son Major Joseph R. “Beau” Biden, III. After that, our incoming leaders continued this special event in Washington by acknowledging the victims of the coronavirus.

Biden and Harris gathered at the Lincoln Memorial for a memorial service in honor of the roughly 400,000 families that have lost loved ones due to Covid-19. Hundreds of lanterns lit up along the sides of the Pool of Reflection as Yolanda Adams sang “Hallelujah”.

One unfortunate thing about this inauguration was the fact that we didn’t see a peaceful transition of power on the day of the big event. For the first time in 152 years, the out-going administration leader and the incoming administration leader did not have an exchange before the new president moved into the White House. The world is watching, and they can see that this act shows that we are a country in deep divide that is in desperate need of unity.

In Biden’s first 100 days in office he will have to work hard to restore the confidence in a bipartisan government, tackle police brutality, deal with the state of the economy, the rising cases in the pandemic, the impeachment trial of Donald Trump, a stimulus package, the vaccine, education and so much more. He basically is being handed the world in similar… or maybe even worse conditions than what President Obama inherited.

To watch around the clock coverage of the inauguration and inaugural activities go to @BidenInaugural on Twitter or your local news outlet. 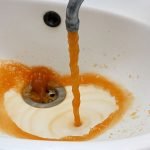 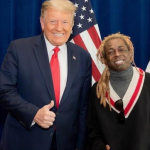