As promised, I bring to you the second installment of “players for Bulls fans to keep an eye on”. The player I wanted to discuss this month is Creighton National Player of the Year candidate Doug McDermott. Just like the last prospect I discussed (shooting guard Wayne Selden Jr.), McDermott is an offense-first player. Unlike Selden- whose inconsistencies could hurt his professional career- Dermott’s calling card is his consistency over a four-year college career. He has averaged about 21 points a game for his career (including a career high 25ppg this season). He is a hard-worker whose lack of athleticism may allow him to slip past the lottery, which is most likely around the spot the Chicago Bulls will be drafting.

To the casual basketball fan it may appear that McDermott doesn’t have the physical skills to be in the NBA, however that couldn’t be further from the truth. He may not have what people think of as “traditional athleticism”, but he still manages to dominate most defenders. McDemott doesn’t jump out of the gym with a 40-inch vertical because he doesn’t have one, yet even if he did I’m not so sure that he would use it. He prefers to perform efficiently as possible every night. This is a skill he developed due to his immense playing time of roughly 31 minutes a game over four years; McDermott’s endurance would serve him well under notoriously-wearying Bulls coach Tom Thibodeau.

Part of the intrigue of McDermott is that he is a basketball coach’s son and he plays like one. If you read any scouting report on McDermott I guarantee you will see terms like “high-basketball IQ”, “heady”, “shrewd”, and “intelligent”. While some of this is overkill due to the (somewhat) racially charged evaluation system we have in place in US sports (more on this in a future post), it is definitely true of McDermott. He is indeed a smart player who knows how to create separation. After watching mot of Creighton’s games so far this year, I’ve noticed that he loves to come off of pin-down screens and curls. The one former Bulls player he reminds me of in this regard is Kyle Korver (who also went to Creighton). Like Korver, McDermott can read his defender and make instinctive moves that give him the necessary space to use his extremely quick jump shot. However that is where the similarities end.

Korver was strictly a spot-up shooter, and many critics believe McDermott’s lack of athleticism will reduce him to that type of role in the NBA. I disagree with that assessment. McDermott is around 6ft 8in and gets his shots off fast enough not to get blocked by taller/athletic defenders. His quirky array of floaters, layups, and post moves allows him to avoid being a one-dimensional scorer.

The Bulls problem this year (as in most years) is that they struggle to score enough points to win despite always playing tough defense. This is part of the reasons many Bulls fans (myself included) don’t mind the Carmelo Anthony rumors swirling around. With potent point producers the Bulls would be instant championship contenders. McDermott would be a perfect fit in my opinion. He comes in as an experienced college veteran (played all four years) who wouldn’t need ample time to develop. While most people wouldn’t make the comparison, I could see how McDermott could be the Bulls low-cost version of Carmelo Anthony. Anthony is only wanted by the Bulls for his scoring prowess, especially in the three-point area. This year the Bulls have exactly one player who plays significant minutes and shoots at least 40% from the 3pt line. In his four year NCAA career McDermott has shot 45% from deep.

McDermott has a label as a bit of a “tweener”, which means that he is too slow to play small forward and too small to play power forward. Yet being a “tweener” would actually help the Bulls with increased lineup flexibility. His presence would allow coach Tom Thibodeau to play him at SF and keep Jimmy Butler at shooting guard. It would also allow coach Thibs to “go small” to match up with teams unique teams like the Miami Heat. His defense is the main concern of most scouts, but he understands the intricacies of team defense better than most players his age because his father (who coaches him at Creighton) has drilled that concept into his head. His value is boosted by his low personal foul rate (1.8 per game for his career). That statistic combined with his scoring skills makes him an almost risk-free prospect.

In the end it will be hard for the Chicago Bulls to mess up this draft. It is filled with depth at the positions and skills the Bulls are in need of (SG, SF, PG, 3pt shooting, scoring, etc.) of. But a team in the Bulls position doesn’t need to look for the players with the most upside, they simply need to find coach-able players who are ready to contribute right away. And I don’t think there is one in the 2014 NBA draft class better than Doug McDermott. 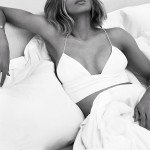