The Lawndale Pop-Up Spot, located at 16th Street and Spaulding Avenue, is the first community museum in a shipping container located in a community garden in Chicago where projects are curated about things going on around that community. Last year, the Lawndale Pop-Up Spot hosted an event called “A Safe Place” which was curated by teens in the After School Matters program. It focused on building a safer community and reducing violence. Now the Lawndale Pop-Up Spot is hosting another event in August called “Lawndale: A Living History.” The event will be curated by Jay Simon, a local photographer who curated another event called “Father’s Lead” also exhibit in North Lawndale. Simon wanted to curate this latest event to honor and celebrate all the elders within the North Lawndale community. I recently had the opportunity to interview Johnathan Kelley, the project manager, to get more details on the upcoming Pop-Up Spot event.

TrueStar.Life: What inspired you to take part in this project?

Jonathan Kelley: I am the project manager for the exhibit. We have been calling it “Lawndale: A Living Legacy” but now we are calling it “Lawndale: A Living History.” Last year the neighborhood of North Lawndale celebrated its 150th birthday, also known as it’s Sesquicentennial. There were a lot of interesting storytelling events that a number of individuals participated in, including a lot of elders. For me, hearing those stories was just so inspiring; especially from those Black elders who lived in the neighborhood through tough times and good times and were able to tell stories, such as when Martin Luther King lived with a family in the neighborhood and being able to meet him, and others who worked on creating community gardens or small businesses in the neighborhood. We just wanted to figure out a way to honor the legacy of these elders and that was really the inspiration. 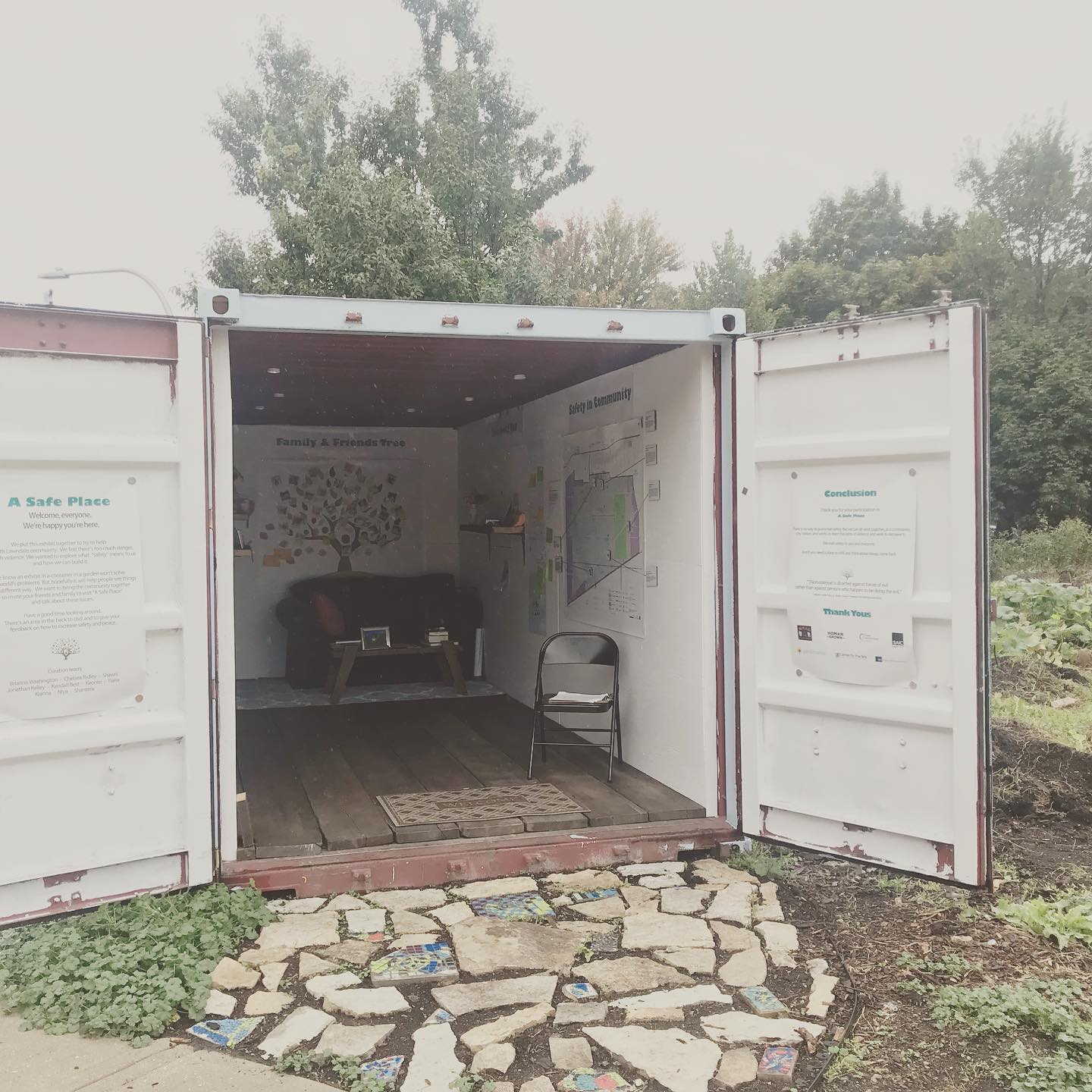 TSL: What was the criteria for choosing the featured elders?

JK: Well, we had a few different criteria. The exhibit is being curated by Jay Simon who is a photographer in the neighborhood who knows a lot of people. We also invited neighborhood high school students to co-curate so the goal was to sort of involve them in the process. We got to teach them about photography, oral history collecting, history of the neighborhood, and exhibit curation. Unfortunately, right around the time we started the process of working with the teens is when coronavirus hit. It made the process more difficult, and to answer your question, we asked teens was there someone in their families who would be interested in participating. We also asked people we knew in the neighborhood, who are the co-sponsors of the project—like the North Lawndale Historical & Cultural Society, Men Making A Difference, Open Center for the Arts, and The Stone Chapel Baptist Church—if they had suggestions for participants.

TSL: If the exhibit opens as scheduled in August, what will the restriction be in light of COVID-19?

JK: That’s a good question and is something we are still negotiating. At this point we are expecting the exhibit to be mostly outdoors so we will actually have the photos on the outside of the museum, which is just a shipping container that was painted and we put in walls and the floor, painting the outside. We expect the exhibit to be mostly outdoors, both our container as well as other shipping containers throughout the neighborhood of North Lawndale. Ideally, there will be about five different places people can go and check out these photos and then hear some of the oral history attached to them through a QR code. We will have a website set up that captures these oral histories, where people can point their phone to the QR code and listen to the stories that we have collected from the elders. We still have an inside component, which we are still finalizing. The restrictions will be one to two people in the container at a time with a mask requirement. Hand sanitizer will be available.

TSL: Why should young people take part in this event?

JK: This has really been a generational project. The elders are being featured in telling their stories and the younger generation is involved in collecting these stories and learning the histories. It’s our hope that it will allow for more neighborhood connections and another way of passing traditions down and stories down from one generation to the next. I personally think there is nothing more interesting than hearing what somebody went through 50 years ago. In some cases, it’s surprising how many similarities there are to what I went through when I was young 30 years ago and what young people today are going through.

There are a lot of differences. I think being able to fully get a full picture of the type of similarities and differences there are can help create context for the community building benefit that is going on now, whether it’s protest against police violence or racial injustice, or economic development, small businesses, organizing and/ or art, culture. A lot of people don’t know about the cultural history of their own city or their own neighborhood because a lot of that history is not readily available, but there have always been amazing artists and musicians who have come from North Lawndale and the West Side. Hopefully by helping bring history to life, that can help inspire this generation and future generations as well.

TSL: Where will the additional location in North Lawndale take place?

JK: Don’t have that information finalized, so I don’t want to make promises I can’t keep. Hopefully, we will have one at Stone Temple Baptist Church on Douglas Boulevard and hopefully another community garden called the Permafrost Garden Park located on Pulaski.

TSL: Do you know when the event will end?

JK: It is said to go through October, but depending how the photos are holding up through the weather it may continue through the winter.

After speaking to Kelly and getting the inside scoop on the inspiration for “Lawndale: A Living History,” I would highly recommend going to this event when it opens.