Project sWish, Chicago’s Back 2 School Charity Basketball event, showed up and showed out almost occupying the whole gym at Whitney Young Magnet High School. The organizer, Whitney Young alumni McKinley Nelson, told True Star that he wanted to help youth in the classroom. “A lot of times we realize that students aren’t successful in class, not because they don’t have the mental capacity, but because they don’t have the physical materials. As long as they have that, then I feel like my job is done.” Nelson also wanted everybody to have a good time adding, “I want to see a lot of smiles. I want to see a lot of kids happy, taking pictures with NBA players. As long as everybody in the crowd is happy, then I’m happy.”

Toronto Raptors star, Alfonzo McKinnie (Curie and Marshall High School alum), voiced his opinion on helping kids saying, “I mean it’s a good cause, you know, I’m all about the kids. I got a couple non-profit organizations that’s really for the kids, so anything that has to do with helping them in the inner-city is something I want to be a part of.” New Orleans Pelicans star, Jahlil Okafor (Whitney Young alum), also voiced his opinion saying, “[I hope people take away] the importance of giving back to the community and putting a smile on a lot of people’s faces.” Okafor added, “[I hope] to put smiles on kids faces and make sure they have everything they need before going back to school.”

The event was free for kids 18 and under; adults paid $10 and participants got a chance to enjoy food, music, raffles and giveaways. Throughout the game and halftime, the commentator announced the winning tickets, and free T-shirts and Jordan’s were given away to kids in the audience. Also during halftime, about eight kids under the age of 11 volunteered to compete in a mini dance-off to win some prizes. 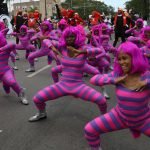 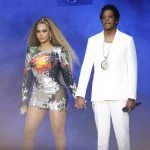