A new law proposed in the Illinois legislature aimed at reforming parole has yet to be voted on more than two months after Chance the Rapper and Common participated in a rally to champion the efforts.

The state currently doesn’t allow parole for inmates who were sentenced after 1978, no matter how young they were when the crime was committed, according to CBS 2 Chicago.

The artists, who are also Chicago natives, spoke up outside the Cook County Jail last October to support the bill. Lawmakers were expected to vote about two weeks later.

“SB 2333 is a necessary policy that will begin to correct the harms of long-term incarceration in this state and putting an end to negative impacts that incarceration has on our community, family members, and the loved ones of those who are incarcerated,” said Chance. “We need a criminal justice system that reflects the values we want to see in this world … We need to start pushing and transforming our criminal justice system in sentencing laws. With this reality in mind, that means pushing for policies like parole.”

Common emphasized the mental effects prison has on a person, using a man currently serving life that he recently reconnected with as an example.

“It really struck me because I knew this brother, and I knew what he used to be,” he said, adding “I knew who he was then. I’ve met some of the most enlightened and inspiring people in prison. One gentleman said to me, ‘Imagine being trapped in one act for the rest of your life, the worst act, for the rest of your life.’ I thought about that. Now, if that happened for me, I wouldn’t be up here.”

By Noah Johnson
This guest post is in partnership with YR Media. 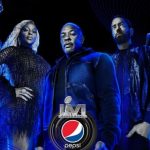