My first introduction to Quinta Brunson was seeing her viral video of a skit saying “Oh he got moneyyy” when she was on a movie date when the guy ordered a large popcorn and drink. Despite that being a meme that my friends and I jokingly quoted throughout high school, I never would’ve imagined that a few years later I would be obsessed with her new show “Abbott Elementary”.

Her newest show has radiated massive attention for the lead actress that stars in her own work. This was an extremely pleasant and inspiring factor to learn that “Abbott Elementary” was created by Brunson herself. She said she got the idea for the show about a newbie school teacher after sitting with her mom, who is an educator, during a parent-teacher conference night practically no one showed up for. Brunson was upset by the ordeal but after a conversation with her mother her creative juices started to flow. “This beautiful thing happened and I saw a show,” she told Trevor Noah.

The lack of minority and women roles in high positions such as producing, directing, and even writing have been extremely slim in the entertainment industry. However, with the likes of women like Issa Rae and Brunson who are bringing their ideas to life and creating masterpieces, hope is being given to other young Blacks who aspire to do exactly what they see these icons doing.

After binge watching the first season of “Abbott Elementary” I’ve been hooked, wishing that the network would just release all the episodes at once. Much to my dismay, that isn’t possible. However, I’ve been able to do additional research on Brunson and have watched interviews regarding the inspiration behind the show and how she conducts herself as a Black woman. For someone with such an incredible spirit, I wish that she would have gotten her flowers years before her new show. She speaks with such passion about her craft and her love for the industry which she is steadily  making her mark in.

“Abbott Elementary” has been such a huge hit for the ABC network that it’s already been renewed for a season two. Yes, I’m just as excited as you. And if you have yet to see the show, what are you waiting for? Trust and believe you’ll understand why everyone is falling in love with the hilariously awkward “Janine” played by Brunson.

If you have seen the show, please drop your reaction below to the debut season so far!

To learn more about Brunson and her road to success, check out her book She Memes Well. 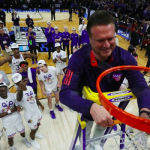 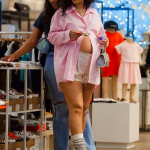