The verdict has finally been ruled. On the charges of federal racketeering and sex trafficking, famous R&B singer R. Kelly has been sentenced to 30 years in prison. Over the entire course of his career in the industry, he’s been exposed for abusing his fame and power to sexually harrass and abuse underage victims.

Although prosecutors sought for the judge to sentence Kelly to more than 25 years to life in prison, his defense attorney’s argued for 10 or fewer years on the circumstance that Kelly was abused by a family member and landlord in his youth. Although the judge did take this information into consideration, this didn’t heavily sway her ultimate decision. According to cnn.com., “It may explain, at least in part, what led to your behavior,” District Court Judge Ann Donnelly said. “It most surely is not an excuse.”

Numerous victims and witnesses have taken the stand against Kelly to testify about his character and actions over the course of decades. Jovante Cunningham, a former backup singer for Kelly, was shocked at the verdict that Black women are finally getting justice in a system that is seemingly and constantly put against them. According to cnn.com., “I started this journey 30 years ago,” Cunningham said outside the court after the hearing. “There wasn’t a day in my life up until this moment that I actually believed that the judicial system would come through for Black and brown girls. I stand here very proud of my judicial system, very proud of my fellow survivors and very pleased with the outcome.”

Additional information was finally revealed during Kelly’s five-week federal trial in Brooklyn surrounding the late songstress Aaliyah and how others were included in the arranged marriage between Kelly and the then 15-year old. It was believed that Kelly was sexually involved with Aaliyah and that she may have gotten pregnant. This was believed to have been even more motivation behind the secret marriage. Testimonies and witnesses have credited not only to the sexual abuse victims at Kelly’s hands, but also the late songstress that fans deeply loved.

Although the shocking testimonies of victims have been given, which advocate that they wish for Kelly’s freedom to be taken away and accountability to be had, this isn’t the end of the journey for the R&B singer. He is currently being held at a federal detention facility in Brooklyn and will soon be transported to Chicago where he faces additional charges on the counts of child pornography and obstruction in a federal trial.

Do you think 30 years is enough? Let us know with an emoji. 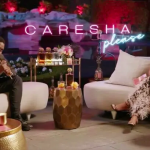 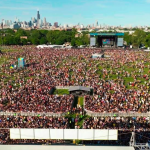