Ryan Reynolds recently announced something huge on Twitter. Hugh Jackman’s Wolverine is coming back for Deadpool 3.

On September 27th, Ryan posted a sketch of him asking Jackman, the actor for the Marvel mutant Wolverine in the X-Men movies and “Logan,” if he’d want to return for the newest Deadpool movie, with him responding, “Yeah, sure.”

Hard keeping my mouth sewn shut about this one. ⚔️ pic.twitter.com/OdV7JmAkEu

This is a big deal, since Jackman’s version of Wolverine has always been a fan favorite, ever since the X-Men movies and especially after the heart-breaking Logan. Everyone thought he was for sure done with the character, but it seems like he’ll get one last moment in the spotlight alongside Deadpool. It’s only fitting, since Patrick Stewart got another chance to play Professor X in Doctor Strange in the Multiverse of Madness after all these years.

This news was in response to the lack of Deadpool news at Disney’s D23 expo, which was disappointing to a lot of people. We should’ve known that Reynolds would just tell us directly, though. That’s way more his style. In a follow-up tweet, they both clarified a few things about the timeline and canonicity of the new movie.

First of all, this version of Wolverine isn’t the same as the one in Logan, since that movie takes place in the future, in 2029. This is before that, and is even set in the MCU! No doubt that’ll be a goldmine for new jokes in Deadpool 3, and hopefully even finally get Jackman in that classic Wolverine yellow suit. Make it happen Kevin Feige!

They also announced the release date for Deadpool 3, which is coming September 6th, 2024. Let me know if you’re hyped for this movie! 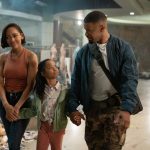 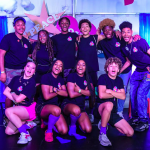