Is this a publicity stunt or real beef?

As anticipation and rumored dates build around the drops of albums, the drama has only seemed to intensify between Drake and Kanye West’s continuous feud. Much to my surprise, the beginning of their differences didn’t start in 2018, but it only hit the fan when West was reportedly associated with Pusha T revealing in a diss track that Drake had “secretly” fathered his son, Adonis.

The exchange of lyrical blows between the two dates back all the way to 2009. This reported incident is intriguing to me because this was the beginning of Drake’s iconic torch being lit. In my opinion, this was the beginning of the true essence of his prime. Thus, it was an eyebrow raiser to note that West had critiques for the young star. According to vanityfair.com., “West critiqued one of Drake’s lyrics on the Young Money song “Every Girl.” In response, days later, Drake said in an interview, “Before I met him, I had the utmost respect for Kanye West. I’d even go as far as to say he’s the most influential person as far as a musician that I’d ever had in my life.”

Ever since then, it seemed like it was up between the two. Before the most recent occurrence of their feud being sparked, Travis Scott was caught between the crossfire of West and Drake when he apparently “allowed” Drake to sneak diss West on Scott’s hit song “Sicko Mode”. After West took to Twitter to publicly express his stance, his then-wife, Kim Kardashian, utilized her own platform to protect him. According to her Twitter post, “Never threaten my husband or our family. He paved the way for there to be a Drake. My husband is the most brilliant person, the most genius person that I know. He has broken so many boundaries, everything from music, stage design, fashion and culture and will continue to change the world.”

My husband is the most brilliant person, the most genius person that I know. He has broken so many boundaries, everything from music, stage design, fashion and culture and will continue to change the world.

Most recently, the latest reported exchange between the two had social media users sharing endless jokes about the personalities of the artists. With the drop of Trippie Redd’s newly released album “Trip At Knight” with a Drake collaboration on the track titled “Betrayal,” the Certified Lover Boy seemed to take shots at Pusha T and West. He rapped, “All these fools I’m beefin’ that I barely know / Forty-five, forty-four (burned out), let it go / Ye ain’t changin’ shit for me, it’s set in stone.”

According to vanityfair.com, “In response to this new song, West posted and then quickly deleted a screenshot to his Instagram account of a group chat with eight other people, one of whom fans have speculated is Drake as one of the bubbles in the contact bar at the top of the text begins with the letter “D.” In the chat, West adds Pusha to the conversation before sending a photo of Joaquin Phoenix as the Joker. Underneath that he wrote, “I live for this. I’ve been fucked with by nerd ass jock n—s like you my whole life. You will never recover. I promise you.”

What was your reaction to this new beef between two of the most beloved artists of our time? Make sure to leave your reaction below. 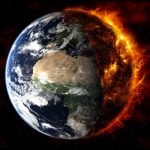 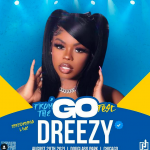