Hollywood heartthrob Michael B. Jordan and controversial nepo baby, Lori Harvey, reportedly called off their year-long relationship around early June or late May.

The timing of the breakup–coming almost exactly a year after they began dating–quickly transformed the well-liked, “relationship goals” couple into one shrouded by public relations conspiracy theories. There are a number of people who believe that some form of a PR contract ended after a year and was posed as a “breakup.”

And well, what if this is one of those rare occasions where the rumor might have some merit to it?

It would make perfect sense for both Harvey and Jordan to have a need for a positive public PR relationship after their combined dating histories slowly pitted the Black community against them over the years.

Now, in my opinion, Harvey’s hate train seems to be nothing but thinly veiled misogyny. So what she’s dated a good amount of men? She’s in her early twenties and having fun. So what she allegedly dated Diddy and his son? The facts are hilarious, but that doesn’t mean that she deserves to be considered “problematic” or “cancelable”.  Messy? Well, maybe.

But my opinion is only one of millions of opinions, and because of her dating patterns, Harvey has become a sort of disputed persona in the Black community. It’s not that unrealistic to speculate that some agent somewhere thought putting Harvey into a serious, long-term “relationship” would improve public opinion of her.

If that had been the intention, I think we can all agree that it worked.

While people didn’t like the who and how Harvey dated, that seems insignificant to Jordan’s case who  had a lot more to gain and a lot more to lose when it came to the Black community’s–and Black women specifically–opinion of him.

For years, a longstanding rumor regarding the Black Panther star is that he doesn’t date or spend any time around Black women; an accusation that Jordan has continually denied.

In February 2018, Jordan stopped by Ebro in the Morning, where he told the radio show’s hosts, “I’m a universal person. I grew up all over the world. I had the opportunity to share my time and heart with many different races, wonderful people…I’ve been around the world, I love a lot of different people. I love my people. For anybody to question my love for Black women is preposterous.”

He also told The Breakfast Club that he likes “women, period. All women. Everybody’s on the table.”

Despite his constant reassurance on the topic, the rumors haven’t died down and especially sparked in 2018 when pictures were released of him at a boat party with no Black women in sight.

Some fan social media responses to the pictures were:

“There’s a pic of Michael B Jordan on a boat in Italy with 3 white females. Somebody said throw him in the ocean with his ancestors. lmfaoooooo.”— (@lipstickthvg) July 14, 2018

All the black women surprised that Michael b Jordan is dating a white girl : 😮
Me : pic.twitter.com/6NVmAkNhhU

Michael eventually came back with his own response in a video, saying ““News flash… OK? There’s not a lot of Black women in Italy, OK? It’s not,” he said. “Y’all are bugging. Y’all are doing too much. I like milk, I like chocolate milk, I like almond milk, strawberry milk, you know the cinnamon toast crunch milk? That’s pretty good.”

As you can imagine, the food analogy in reference to women was not taken all that well by the general public and the topic only heated up more after that.

The whole situation wasn’t looking good for Jordan’s public image, and then suddenly he pops up with Harvey, a very well-known successful Black model. You very easily see where the PR ideas might be coming from now, right?

Either way, whether it was real or fake, a true partnership or a mutually beneficial business deal, is over with now. Oh well, guess we’ll have to look out for the next Hollywood “it” couple to watch. 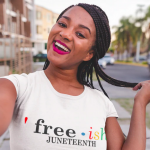