Since the release of the live-action movie Cinderella in 2015, it seems Disney is losing the creative touch they had with shows like “Girl Meets World,” “Raven’s Home,” and the movie Maleficent, which took an old story or character and changed the focus. Movies like Cinderella, Jungle Book, Beauty and the Beast, Dumbo, Aladdin, and the highly anticipated Lion King are practically no different than the older classics. It’s starting to get boring every year that Disney announces they are coming out with a live-action version of one of the classic animation movies, and frankly, I cannot understand why.

It especially sucks because the audience isn’t going to do anything but compare the version to the original. And lets face it, when something is changed it tends not to sit right with the audience. For example, Beauty and the Beast took out all the elements of the story that helped with the character development of the Beast. Honestly, making these films live-action takes the fun out of watching them. For me, the Jungle Book had a dark undertone that the cartoon didn’t have. I’m almost positive that the Lion King will have the same effect.

But don’t get me wrong. I’m def buying my ticket to see the new Lion King because it’s one of my favorite movies, and I’m obsessed with the cast. But wouldn’t it have been cooler if we got a prequel to see how Scar got to be such a hater? Disney really needs to rethink their revamps because it’s going to get old quick. At least the sequel to Maleficent will be out this fall. That’s a fresh idea we can all look forward to. 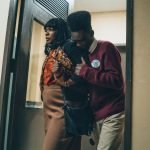 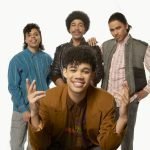