A fashion icon? That’s an understatement. Andre Leon Talley was a legend.

Hearts were torn this week at the news of the unexpected death of the legendary American journalist and stylist. Talley is reported to have passed from a heart attack. He was 73.

Talley’s influence has not only impacted and revolutionized the fashion industry, but his passion for the craft of art was felt worldwide. Even Vogue magazine has credited the extravagant stylist as their “larger-than-life former Vogue editor”. According to vogue.com, ”The “pharaoh of fabulosity,” as another Vogue staffer once dubbed Talley, was also the industry’s biggest champion and booster, the first editor backstage, quick with encouraging advice or a course correction. His enthusiasm was prodigious.”

The outpour of condolences by fans across social media with the news of Talley’s death was massive. Talley, who was 6-feet 6-inches tall, not only dominated the industry, but he was a symbol for upcoming Black designers and models who could only dream of being in the rooms that legends such as Talley had graced. He was the first Black man to acquire high ranked positions within the Vogue realm of the titles “Creative Director” and “Editor at Large”. Celebrities such as Kimora Lee Simmons, Zendaya, Kim Kardashian, and more took to their social media platforms to express their everlasting love for the man who contributed to their fashion influence.

Known for his own personal bold style, Talley, also helped dress former First Lady Michelle Obama when she was in the White House, and he mentored supermodel Naomi Campbell during her runway days. A younger generation of people may remember him from the times he served as a judge on the hit reality TV show “America’s Next Top Model.”

Going forward, I hope that Vogue continues to honor the establishment and name that he created throughout his years of wisdom and influence. He’s even been in films such as Sex and the City, The September Issue, Very Ralph, and more. Basically, the epitome of Andre Leon Talley calling you fabulous meant that you weren’t far from your long awaited fashion dream at all. Although validation should be weighed most important when it comes from yourself, the approval of Talley is the “yes” that every aspiring designer and model could dream of hearing. The Gospel According to Andre is now streaming on HBO Max and Hulu for new fans to digest the true essence of his presence within the industry. 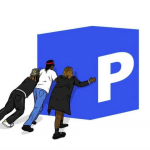