Over Thanksgiving weekend, 80s pop star Irene Cara, the lovely singer and songwriter behind the song “Fame” from the hit musical film Fame and the “Flashdance” theme song, passed away at 63. Cara’s publicist, Judith A. Moose confirmed her death in a statement shared on Cara’s Twitter account early Saturday morning.

“It is with profound sadness that on behalf of her family I announce the passing of Irene Cara,” Moose wrote. “The Academy Award-winning actress, singer, songwriter and producer passed away in her Florida home.”

“Irene’s family has requested privacy as they process their grief,” the publicist added. “She was a beautifully gifted soul whose legacy will live forever through her music and films.”

Cara’s cause of death is still unknown.

Cara was born Irene Escalera on March 18, 1959. The Bronx, New Yorker was the youngest in a musical family. According to the The Washington Post, Cara’s brother was a pianist and her father was a saxophone player in a popular mambo band. At the young age of 7, Cara sang at nightclubs with her father where she landed a role in an off-Broadway show based on “The Legend of Sleepy Hollow.”  Cara played a small role in the 1968 Broadway musical “Maggie Flynn” starring Shirley Jones, and was part of the original cast of the classic PBS children’s show “The Electric Company” along with co-stars Rita Moreno and Morgan Freeman. 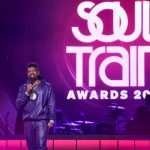