As we all know, Ms. Robyn Rihanna Fenty is a jack of all trades. Rihanna has multiple businesses and with every business, she chooses to shine light on a problem within society. In the making of Fenty Beauty, she decided to tackle colorism and how women of darker shades weren’t able to find quality foundation and makeup that matches their skin tones. Her lingerie and lounge wear company addresses body shaming and how everyone should be allowed to feel beautiful in their own bodies. She also talks freely about racism and other problems within our world. Therefore, she is not new to the world of activism.

On February 2, 2021, Rihanna tweeted, “Why aren’t we talking about this?” The “this” she was referring to was in regards to the farmer’s protest in India. In June 2020, the Indian government passed three bills that affect farmers and their profits. The farmers were upset about the bills that were passed so they decided to do something about it. The farmer’s protest began on August 9, 2020, and after five long months of no change, farmers still haven’t given up.

why aren’t we talking about this?! #FarmersProtest https://t.co/obmIlXhK9S

The protest resulted in an Internet ban, meaning citizens of India cannot use the Internet and are completely censored from any information they may receive. Twitter accounts discussing the protest are to be banned as well. When Rihanna tweeted about the current situation in India, there were mixed responses to her involvement. While many welcomed her support, there are quite a few people who were not grateful to see the awareness she was bringing to the situation. In fact, they were quite angry with her sending nasty tweets. One person replied saying, “We don’t need an outsider poking her nose in our internal matters!“ Another person said, “ Because one should not talk about an issue about which one has no knowledge.“ The frustration seems to be Rihanna trying to say something without being Indian or living in India. We are very curious to see how the farmer’s protest will end and if Rihanna will have any effect on it. 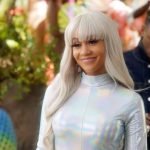 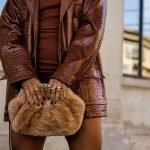