Who in the hell said that? Thatâ€™s by far the dumbest thing Iâ€™ve ever heard (in the world of sports) and the National Basketball Association (NBA) has taken this idiom, to a completely new level of idiocyâ€¦ and yes, I am mad.

According to Gweepcoâ€™s gweep.net , the phrase â€œIf you can’t beat them, join them, and then beat them,â€ comes from someone named Peter. This seemed odd, but then it hit meâ€¦ â€œPeterâ€ must be a pseudonym for LeBron James! Right?

Although Iâ€™m not a professional athlete, I am in fact an athlete of many sports, so I get it: Thereâ€™s a national association of big, buff, mostly tall basketball players who are all competing for a championship, and the moment competition gets too hard, they cry about not having a ring and request a trade to a team that they think might be on the brink of one. Whoopty freakinâ€™ do.

What happens when thereâ€™s a team of superstars, and the underdog mindset no longer fuels the drive to victory? What happens when the competition no longer exists? If there was an obvious, more dominant team, and the remaining franchises were filled with â€œNot Quite Yets,â€ would you still want to watch the game? Correct me if Iâ€™m wrong, but does the fun and excitement of the game not stem from the fight? Itâ€™s the blood, sweat, and tears that I pay to see when going to a game, not the laughter, showboating, and slaughter. I live for the close games, my heart beats for the buzzer beaters, and Iâ€™d wake from the dead for a 7 game series.

Shortcuts donâ€™t exist in the world of sports; Since when was it a bad thing for one player to have to carry a team?

As if LeBronâ€™s move to Miami wasnâ€™t enough to make me sick, Steve Nash leaving Phoenix and talk of Dwight Howard trying to leave Orlando almost makes me homicidalâ€¦ The NBA â€œgone learn today!â€ If every player followed the examples of Howard and Nash and dropped struggling teams off of their backs, especially being a long-term superstar, these teams and their cities would starve both literally and figuratively. Itâ€™s not fair to the league, the fans or the game. If Nash felt that the Suns werenâ€™t giving him a fair shot, why didnâ€™t he migrate to a different struggling team in order to claim his ring? Oh wait, silly me, itâ€™s just a coincidence that the Lakers already have an established array of stars.

Letâ€™s cut to the real chase hereâ€¦ LeBron leaving Cleveland for Miami to become a part of the Big 3 was pushing itâ€¦ Which was probably why Chris Paul (who gets a pass because he left one struggling team for another, even though it was in fact by default,) wasnâ€™t allowed to join Kobe, Gasol and Fisher on the Lakersâ€¦ but Ray Allen leaving the Boston Celtics for the Heat is disgusting. Before you begin your argument of Bostonâ€™s original Big 3, letâ€™s not forget that the Allen-Garnett-Pierce alliance was formed as a result of trade, not demand. This move to the Heat was more than just a move from one state to another, it was a move from one rival to the next, which when you take into account the two teamsâ€™ history, itâ€™s bigger than the conference or even the rivalry. Ray Allen left a brotherhood for the same team of men that tried to break that brotherhood. All the flagrants, technical fouls, hard checks, moving screens and dirty pick and rolls have now been forgiven and forgotten to Allen, but not the rest of the world, or more importantly, Boston. Two seasons ago, Celtics fans stopped breathing when Rajon Rondo almost lost an elbow to these red jerseys and Allen has made the decision to breathe life into the devils that did so. (Thatâ€™s like Westbrook requesting a trade to the Lakers, for the love of Harden!) Ray Allen fought for Rondo and his team that night, but now that heâ€™s standing on the other side of that half-court line, this fact no longer matters. Whether the locker rooms are filled with suits and ties or empty Gatorade bottles, the stadiums filled or , the camera microphones on or the arena lights turned off, this trade will never be the elephant in the roomâ€¦ It wonâ€™t be the Celtic in the room, or the Heat in the roomâ€¦ It will forever be the snake that shed its dignity that people wish they could kick out of the room. The NBA is starting to see a lot of snakes in the grass, but instead of cutting it, money will continue to fertilize it with this BS.

What if Michael Jordan had left the Bulls? What if Dirk told Jason Terry to take over just a couple of years earlier? What if Derrick was to completely give up, leave Chicago in the dust and join forces with the other young powers of OKC? Catch my point yet? Exactly.

As a true fan and for the sake of the love of the game, PLEASE just STOP all the major trading!

P.S. We donâ€™t have these problems in the WNBA, FYI. 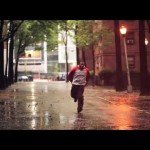