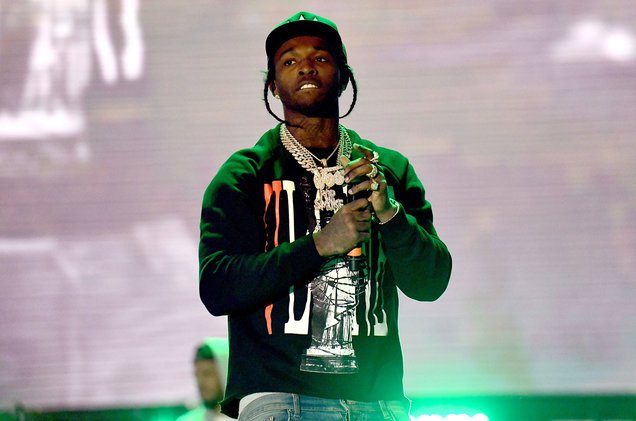 So far, 2020 hasn’t been the greatest to us. From viruses to threats of war to celebrity deaths, it’s been a pretty rough year and it’s only February.

The year is continuing to spiral downward as we’re dealing with yet another celebrity death. Early Wednesday morning, TMZ reported that New York rapper Bashar Barakah Jackson, more popularly known as Pop Smoke, had been fatally shot in Hollywood Hills at around 4:30 AM. The shooting apparently took place as a result of a home invasion. The Los Angeles Times indicates that somewhere between two and six suspects fled the scene immediately after shots were let off. At the time that this is being written, there are currently no suspects in custody.

In an Instagram story, Pop Smoke’s address was shown which leads many to believe that that was the reason the home invasion took place. Though he should’ve been more careful with disclosing such information, this doesn’t justify the actions of the sick people that broke in his house and killed him. People just can’t stand to see other people winning.

The thing that’s not sitting well with me about this entire situation is how young he was. He was only 20 and just getting into the rap game. When he released his mixtape Meet the Woo last year, his songs “Welcome to the Party” and “Dior” grew him a large following and artists like Nicki Minaj, Meek Mill, and Pusha T remixed WTTP which made it become even more popular. In the short time that it took him to blow up, he collaborated with artists such as Travis Scott, Quavo, and A Boogie wit da Hoodie. Some of these features come from his latest project Meet the Woo 2 that was released on February 7.

The Bible tells us that jealousy is as cruel as the grave. Unbelievable. Rest In Peace, Pop.

I’m getting sick of seeing people dying at the hands of foolishness. There’s no reason he shouldn’t be alive and well, enjoying his quick rise to fame. Pop Smoke definitely had a promising career and I hope his music continues to do well. Sending his loved ones condolences. RIP Pop Smoke.