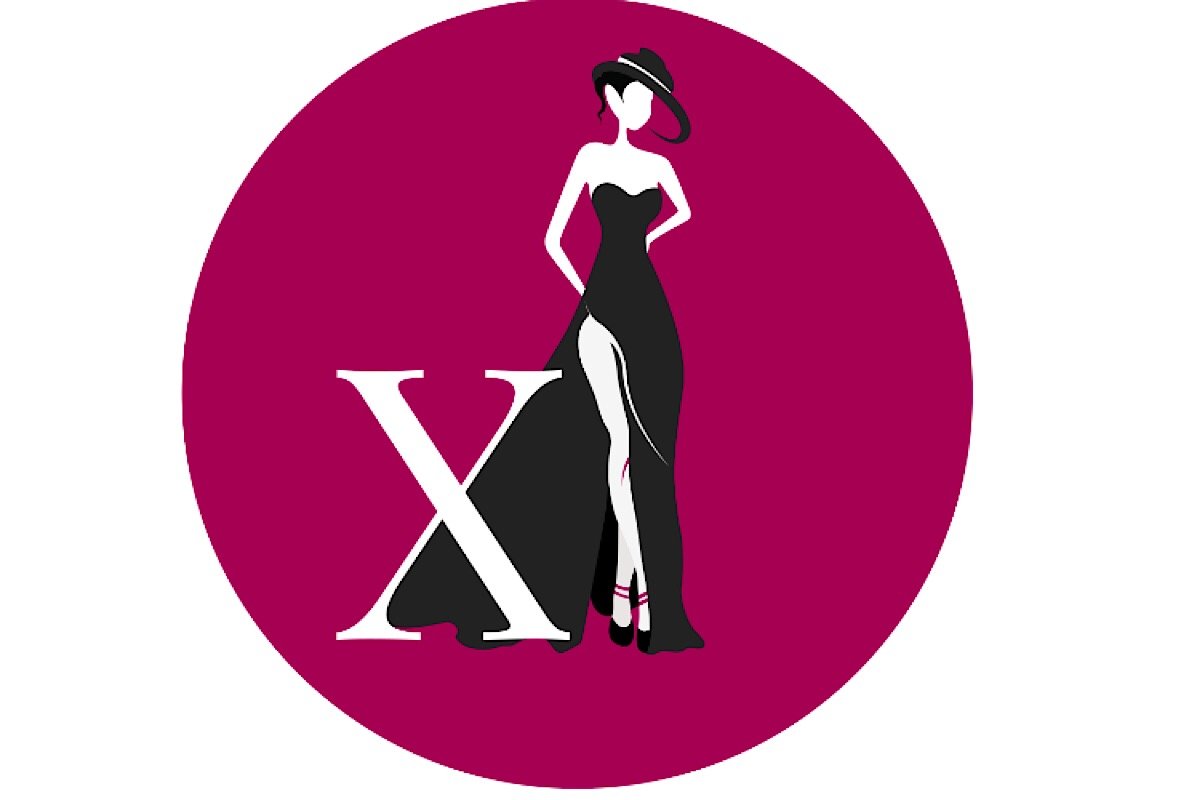 Last weekend Runway LatinX took over the city of Chicago for a three-day fashion journey. I have been to many fashion shows and this one was my absolute favorite. Runway LatinaX and Latino Fashion Week was founded by Arabel Alva Rosales. She is the TRUE definition of a boss and her love for fashion shined throughout the entire weekend.

Day One: Opening Show “The Peacock”

The opening and closing show was held at Space Stage Studios. The spacious studio has been the home to many people in the film and photography industry. Upon entry, I was greeted by welcoming and smiling volunteers who were helpful with explaining the show’s itinerary.

There was a small pop up shop that had a few vendors selling their products and a red carpet. I met a jewelry designer by the name of Eva. She had a beautiful spread of handmade and exclusive jewelry that was absolutely stunning. She was very friendly and explained her process of jewelry making thoroughly. Many of her items are available for purchase here. 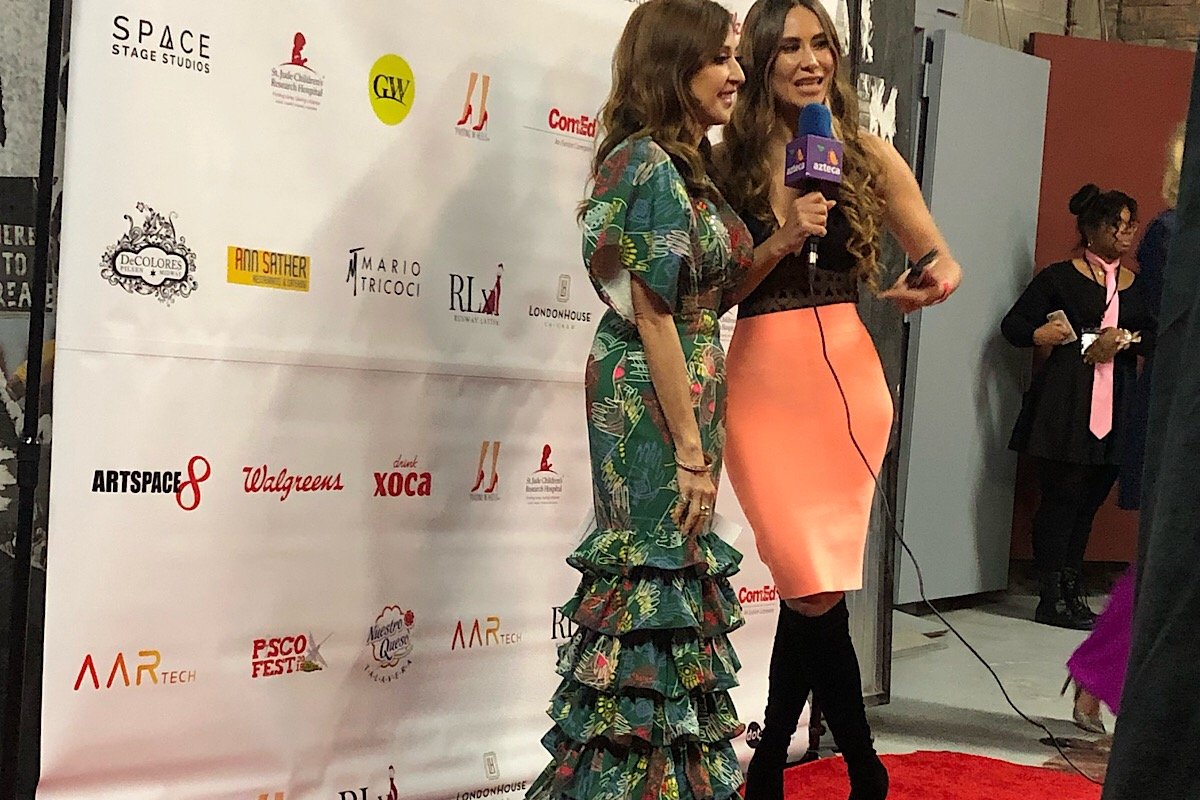 There was a VIP gala held prior to the start of the show and I was able to mingle among some of the world’s most famous Latin celebrities. The food was delicious and was provided by Chef Atzimba.

The show started at about 8pm and the venue was packed! I had the pleasure of being seated at the end of the runway and I was able to see everything! The show was hosted by B96’s very own Nina and Gabe. They did a great job keeping the audience engaged and introducing the designers. The celebrity catwalk was filled with familiar faces. Celebrities such as ABC7’s news anchor, Stacey Baca strutted their stuff down the runway and it was so much fun to watch. 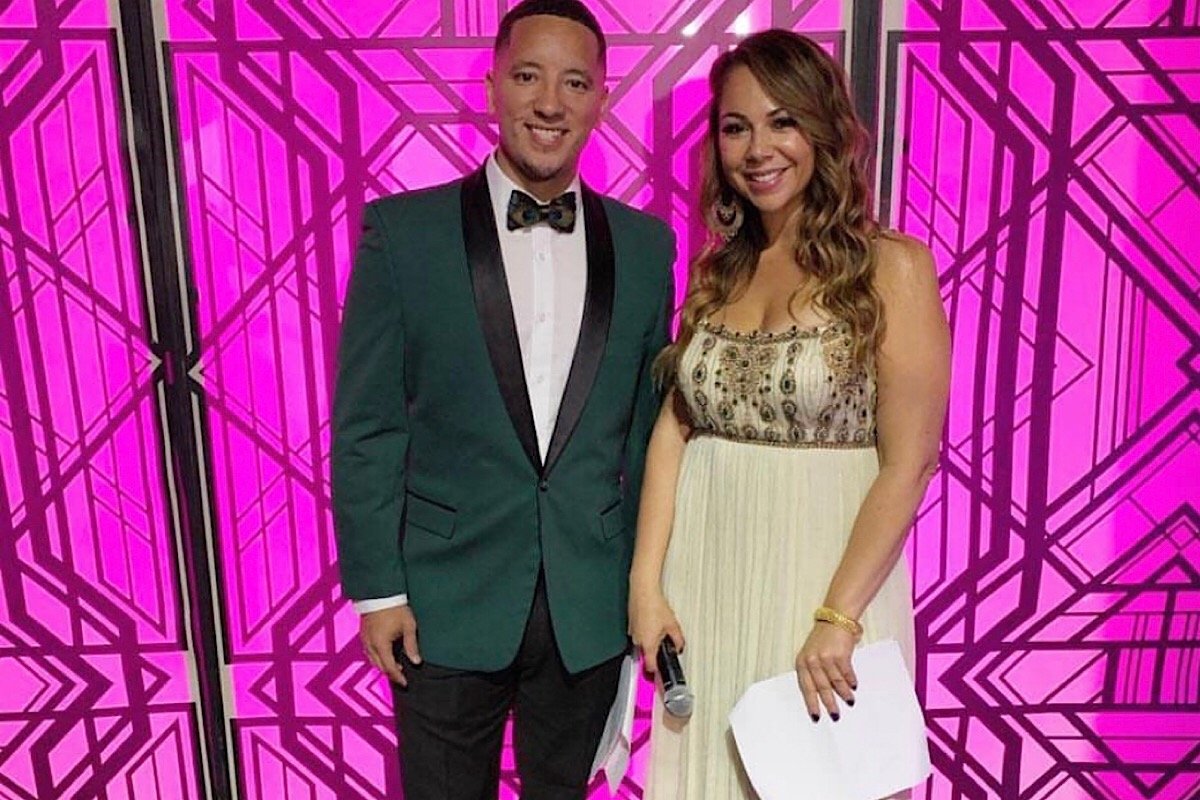 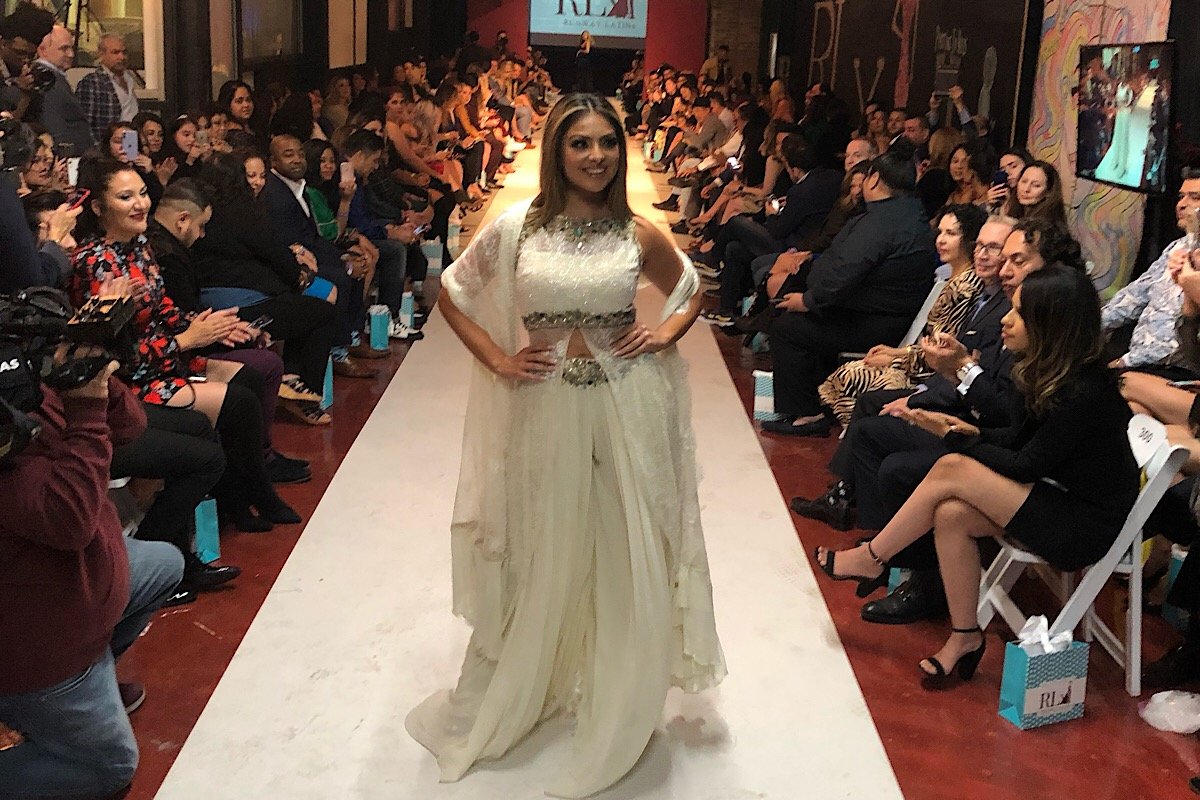 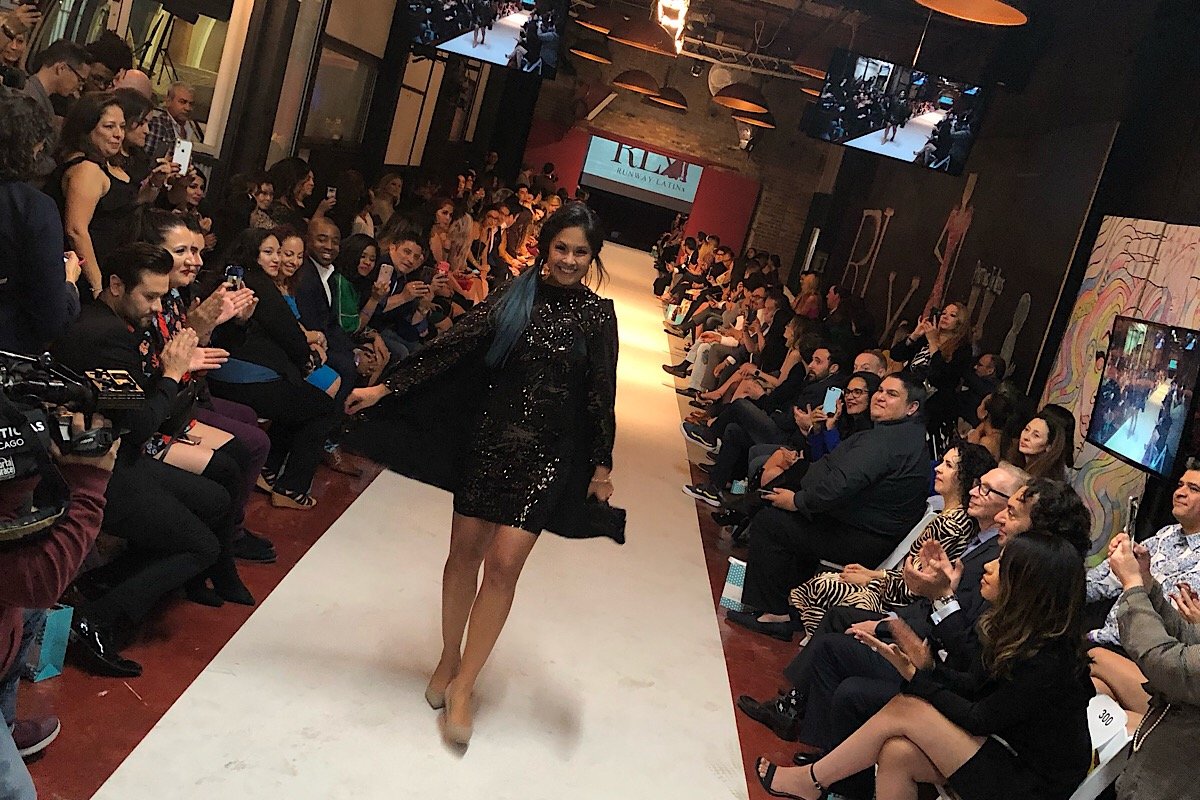 Four designers showcased their designs for the opening night and they all brought something special to the table.

The Chicago based couture designs floated down the runway. Her elegant designs reminded me of Cinderella. 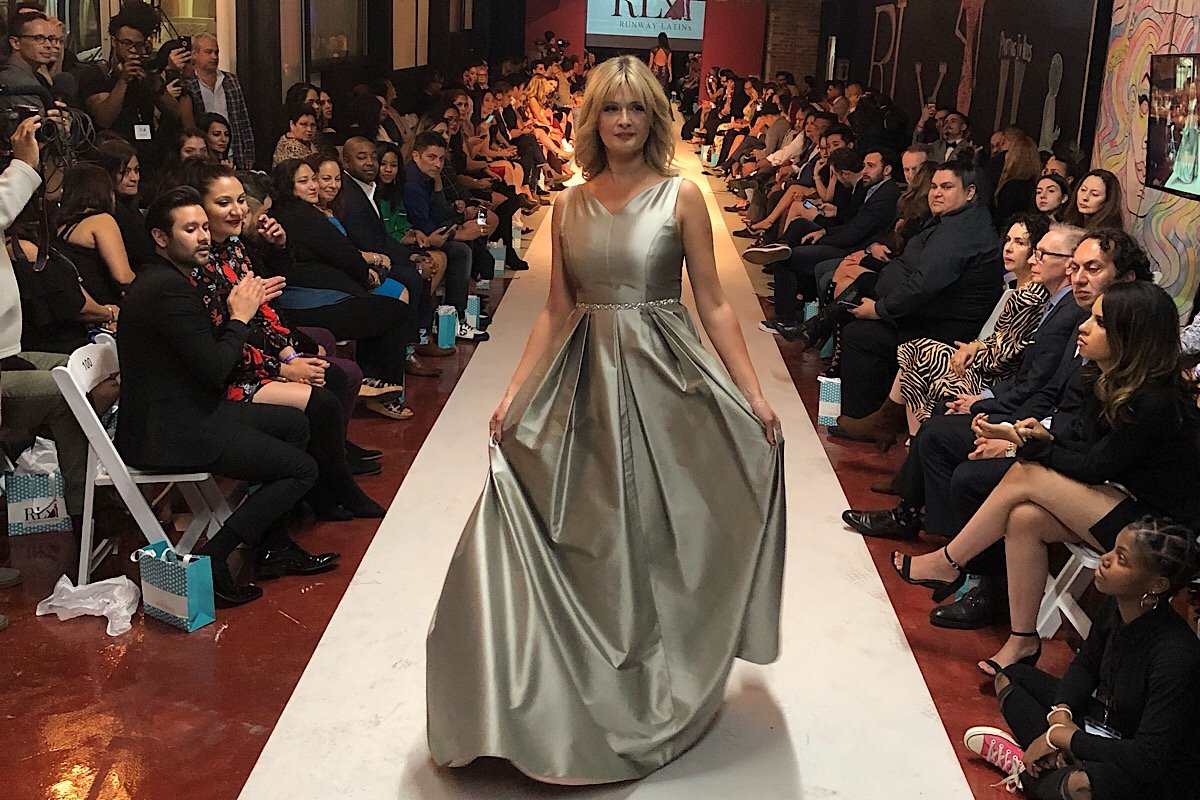 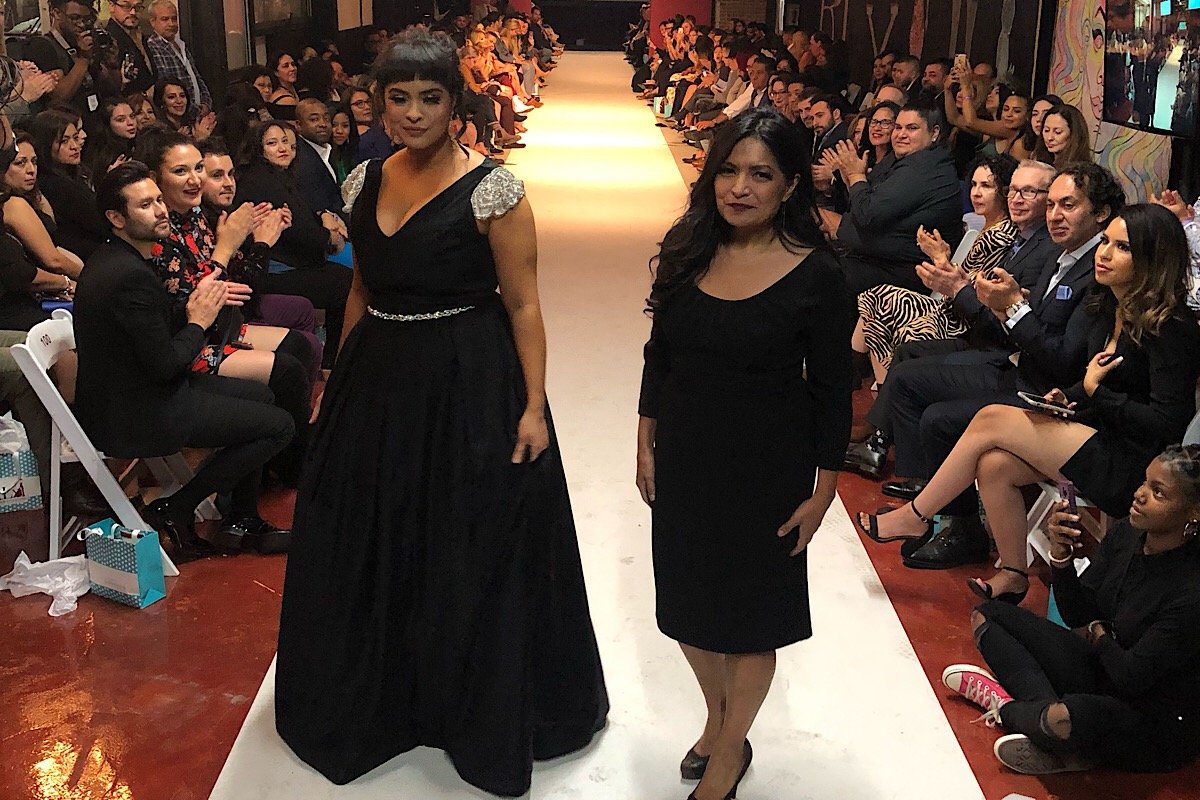 This designer’s take on Gothic fashion was epic. His designs were eye catching and beautifully dark. 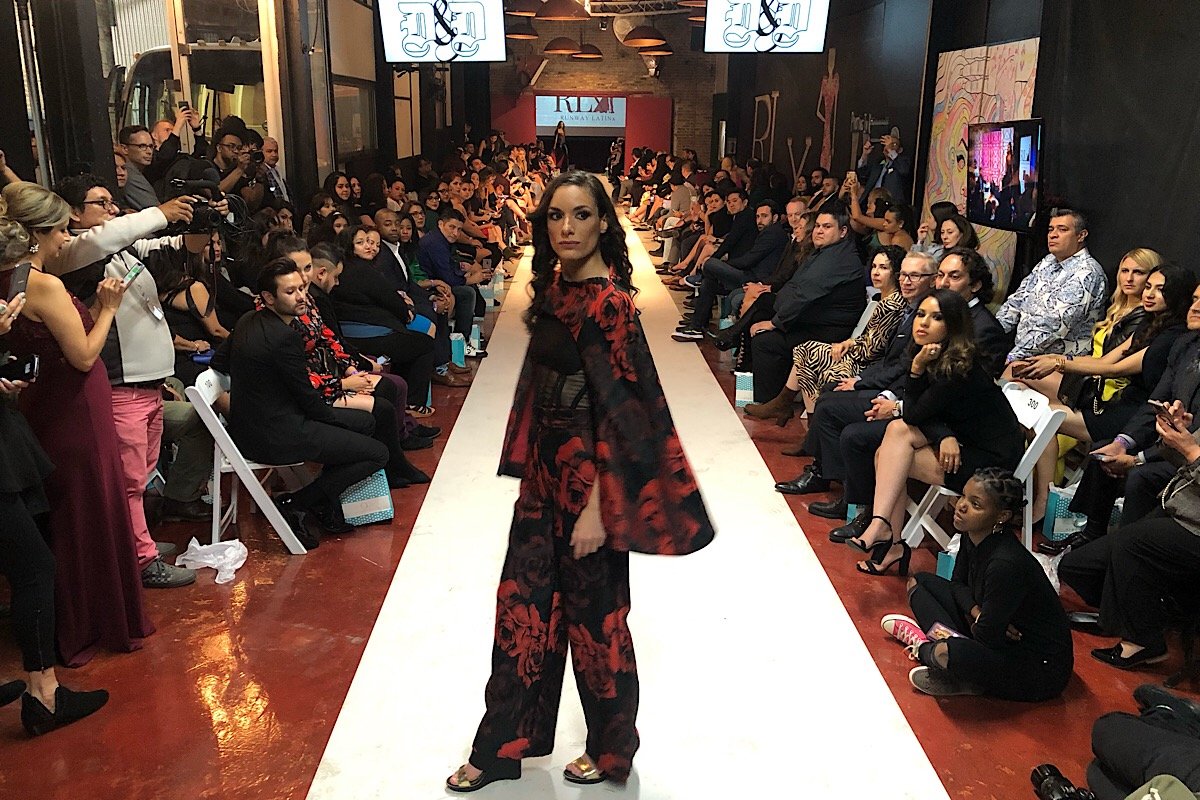 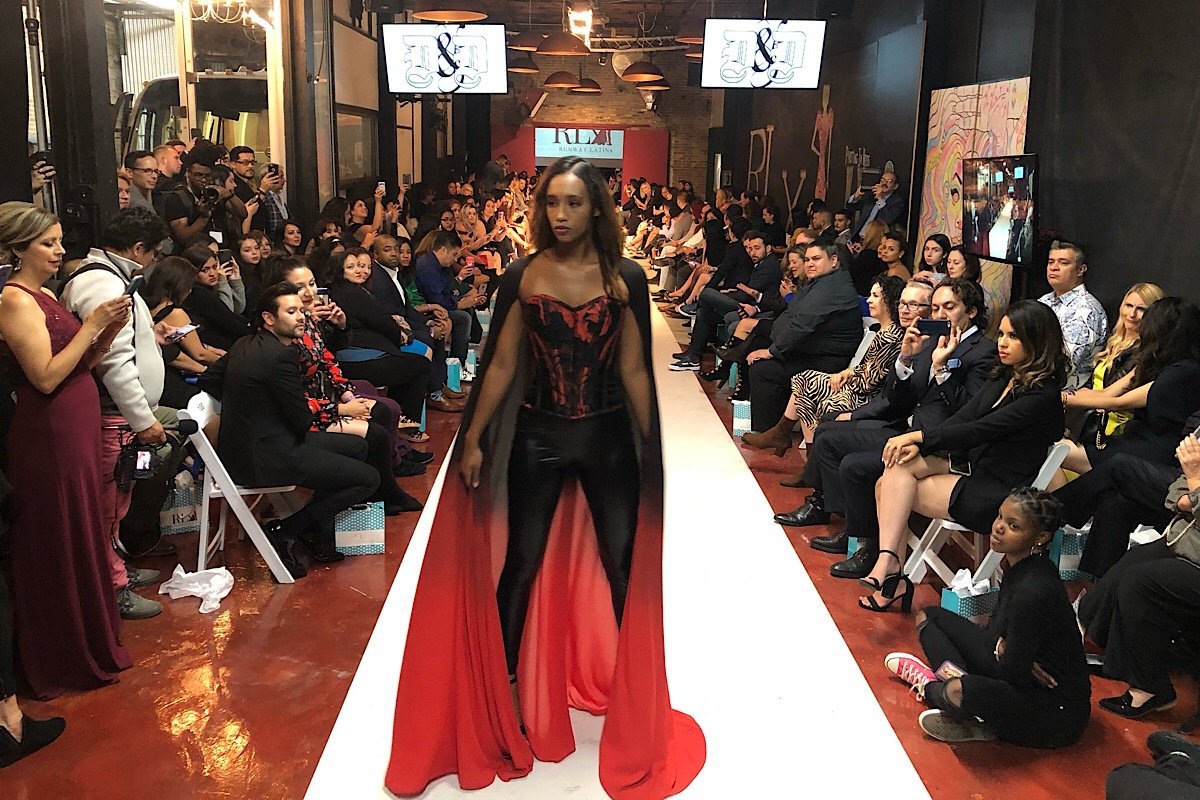 His eco-friendly men’s underwear line appeared to be super comfortable. I never though underwear could be luxurious, but his designs are just that.

This couple brought some color to the runaway. Their designs were super vibrant and elegant. 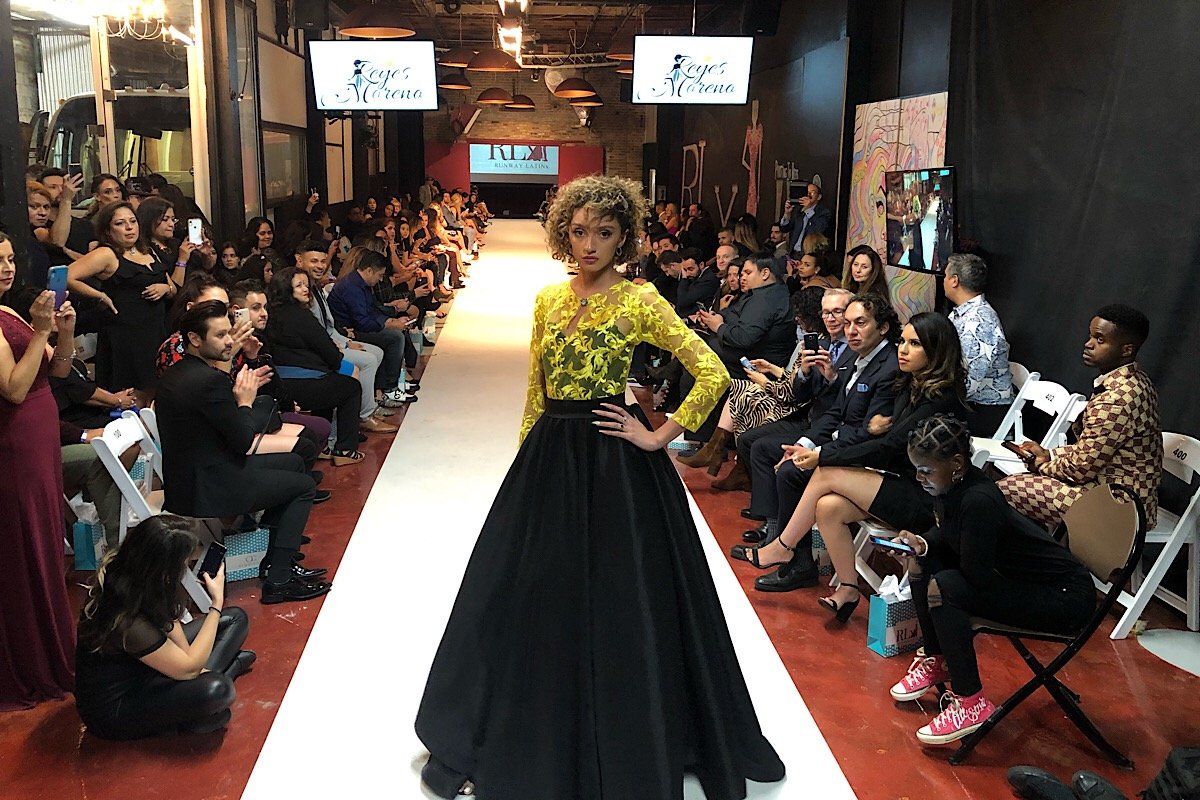 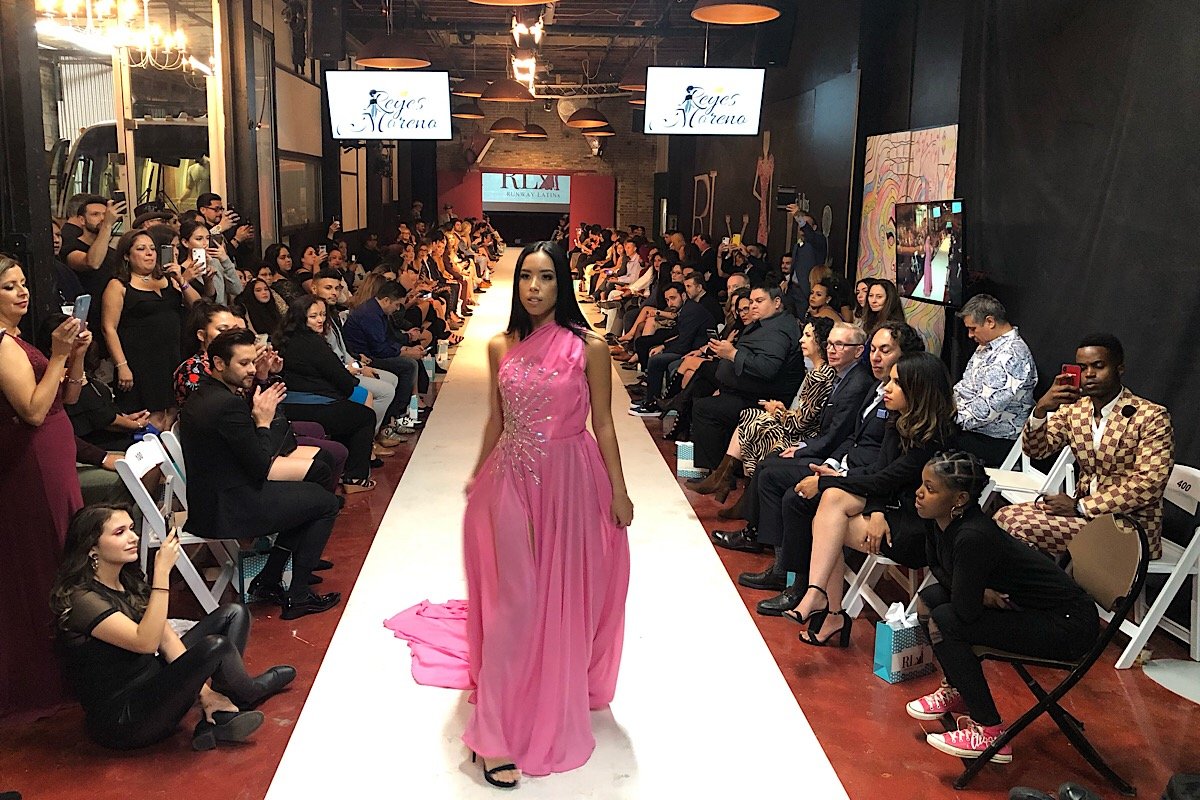 Day two of Latino Fashion Week was filled with wonder conversations and networking. Earlier in the day many elegant, fashionable, and independent women met at the London House Chicago to have a sophisticated tea.

The night ended with a special meet and greet. You were able to mingle with the designers and models of the show. I appreciated this invitation because very rarely are you able to get up close and personal with the people who make the show extraordinary.

Day three was the conclusion of this wonderful weekend. We all gathered into the Space Stage Studios to celebrate more designers and models. These designers and models flew from all over the world to rip the runway. The emcee’s of the night were NBC Chicago’s very own Matt Rodrigues and Hilda Gutierrez from Telemundo Chicago.

Her use of color and flowers made each look amazing. I can tell her models loved what they were wearing. 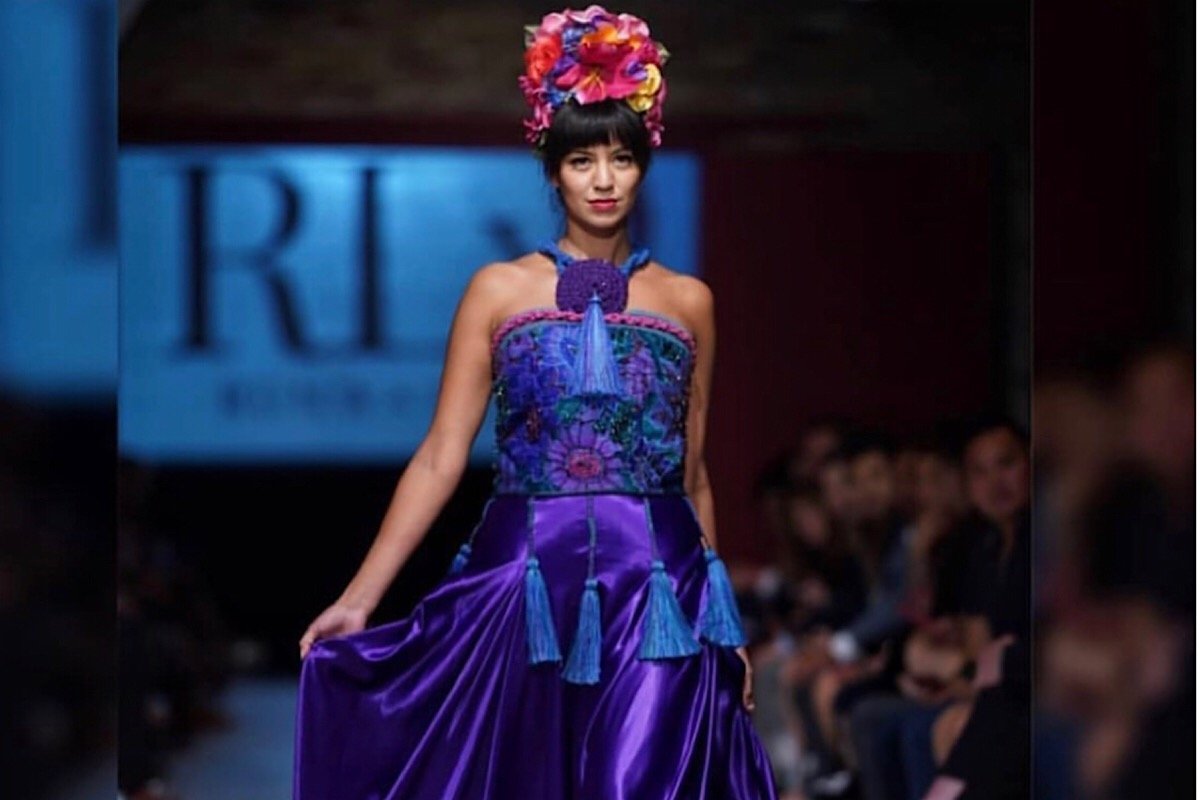 His designs were the definition of couture. Every last piece was different and shined in its own way. 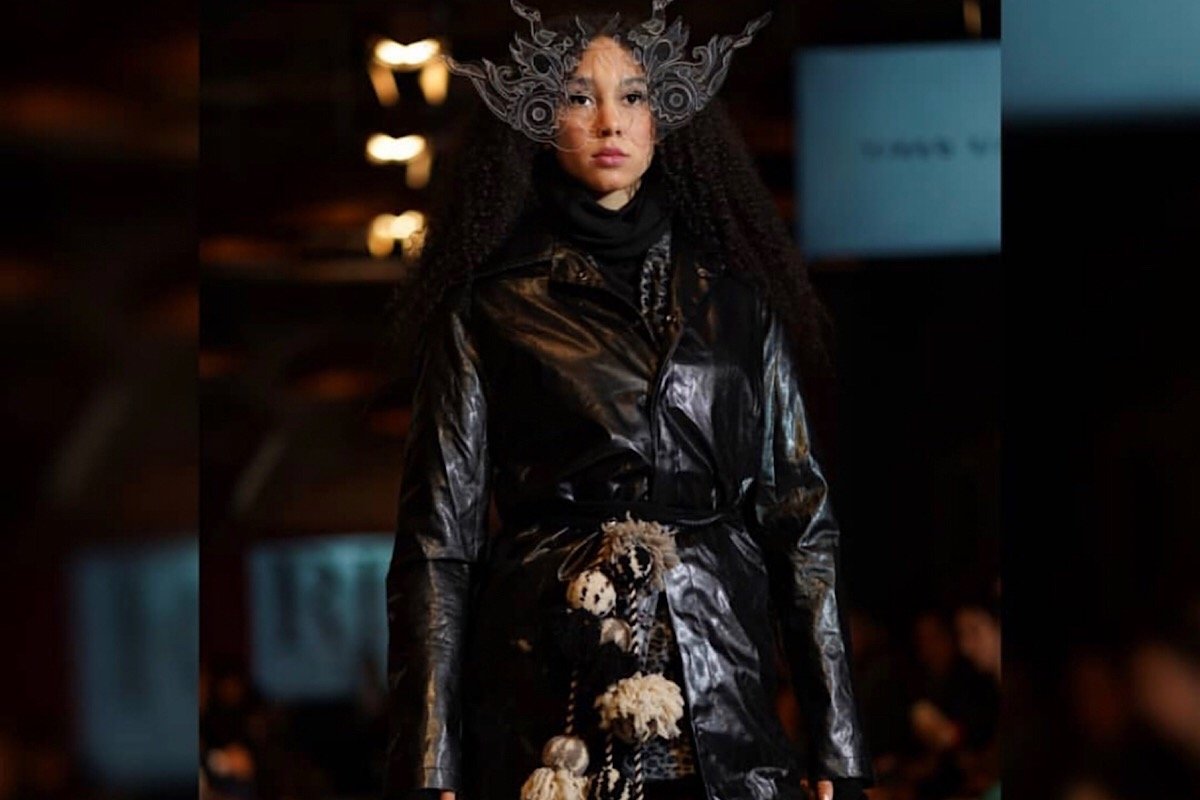 This European hat designer’s creations were out of this world! I can tell that each design was carefully thought out and executed. 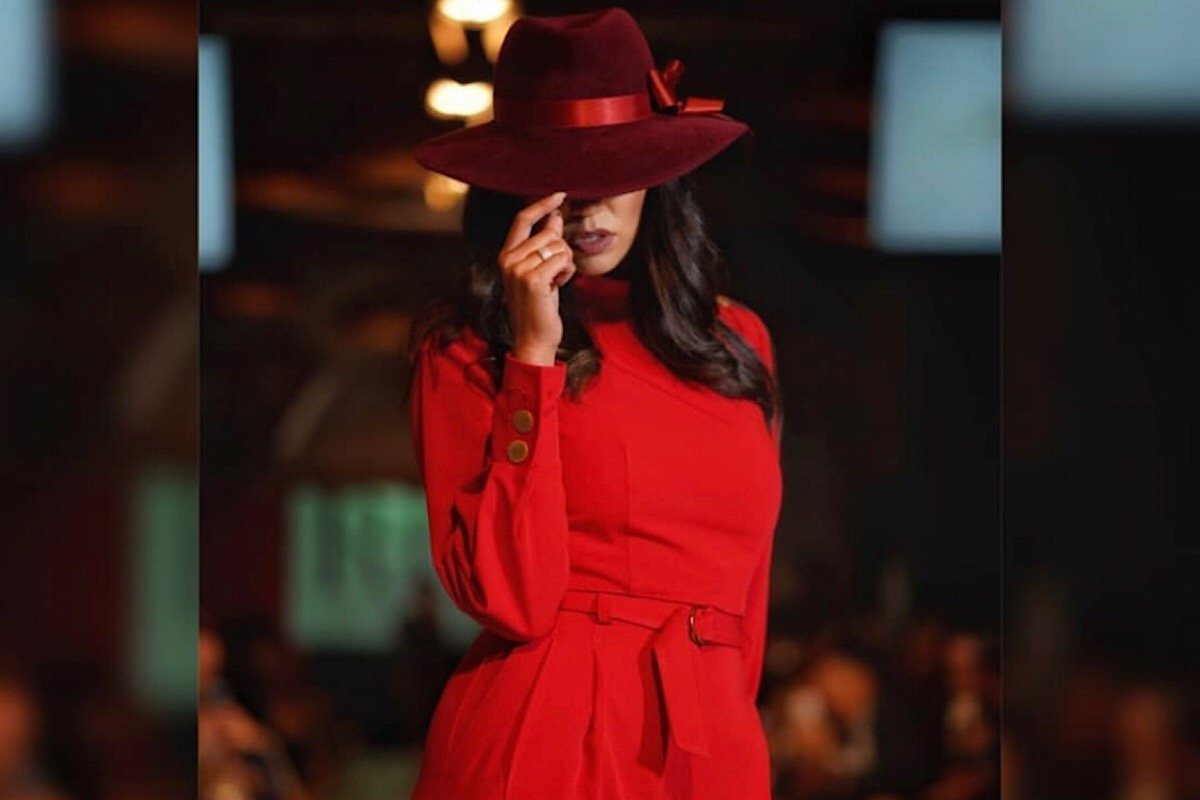 This three-day adventure was amazing and I am so happy I was able to be a part of it. I learned so much about the Latin culture. Fashion is a international language that is loved by many, and I already can’t wait until next year’s show.