Getsy is a significant pickup for Chicago, and Bears fans should be ecstatic. He spent the past two seasons as the quarterback coach and passing game coordinator for Aaron Rodgers and the Packers. Behind Getsy, Rodgers went 24 games with multiple touchdown passes and zero interceptions.

Getsy received high praise from Rodgers on his coaching when the quarterback went on the Pat McAfee Show. “Luke Getsy, he’s about a month younger than me, so that’s pretty awesome for him to be getting an opportunity (to interview in Denver),” Rodgers said. “He’s been in our room for three years now, and he’s a fantastic coach. He’s a really good teacher of the game. I’m excited for him.”

Packers wide receiver Davante Adams also glorified how well Getsy coached him during his slow start in the 2014-15 season saying, “One of the unsung heroes is Coach Getsy.”  Adams added, “Luke Getsy is a coach who I really, really enjoyed having. I had a lot of respect for Gets and what he did with us because he played quarterback, so the way he dove into the wideout position as far as the particulars, helped open up my eyes. He’s a guy who’s trying to be a master at his craft.”

In his rookie season, Fields proved he was worth Chicago trading up nine spots with the New York Giants to draft him at No. 11. With his arm, speed, and poise, the former Ohio State star can definitely be special in years to come but, he still has plenty of room to grow.

Gets, who will be 38 on February 16th, has seven years of NFL coaching experience under his belt— all with Green Bay, and he will look to get the Bears quarterback back on the road of progression. 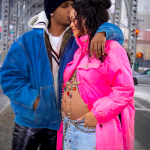 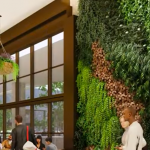