TikTok gets countless uploads on a regular, but when the former president’s baby girl posts a video people take special notice.

Sasha Obama, the youngest daughter of Barack and Michelle Obama, was trending this past weekend across numerous platforms because of a recent video post uploaded by her friend on her TikTok page. The video shows the two friends rapping to Moneybagg Yo’s “Said Sum” remix featuring City Girls and DaBaby.

The video almost went unnoticed by fans until it was posted on Twitter by a user with the caption, “am I crazy or is this Sasha Obama.” That post got over 44K retweets and 7.3K likes. Not only did that gain the attention of consumers, but the official City Girls on Instagram personally uploaded it to their page.

Obama, 19, was found in other TikTok videos on her friend’s page that were all soon quickly deleted when it went viral. The part of this particular said video that many fans of City Girls went crazy over, is when Sasha lip-synched the lyrics:

Hellcat this a SRT”

Some social media users immediately went to the defense of Obama against critics that were shaming her for being a teenage girl who likes music. She didn’t ask for the lifestyle and responsibilities that came with being a “first daughter” and she deserves the chance to be a regular college student as she studies at the University of Michigan.

Despite there being security related concerns regarding any videos that Obama may upload with friends, I hope she continues to live her life and rap to whatever songs she wants.

Hopefully we get to see more videos soon! 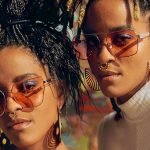 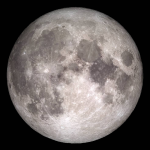