This year was definitely a good one for movies. When you think about it, there was always something new and exciting coming out in theaters. We had Black Panther, Crazy Rich Asians, Incredibles 2, Avengers: Infinity War, and countless other films that had us staring at the silver screen. It was hard to try and not go to the movies almost every other week. Trust this momentum won’t be stopping in the New Year either, so save your coins. It will def be needed because the lineup from the different studios is a dope. Here’s a list of some the movies dropping in the near future.

DC Comics hasn’t had the best luck in the past with making successful movies, so it’s really up in the air with this one. But hey, even if it’s bad you get to watch Jason Momoa for an hour and twenty minutes! So at least if it’s a flop, it’ll be a flop with a hot lead.

This movie is based on the book written by James Baldwin, and it tells a heartwarming story of a young Black couple in love in Harlem during the 1970s. We haven’t gotten a Black love story in a while—so it’s def worth checking out because we all know love conquers everything.

Glass is the highly anticipated sequel to Split and the last film in M. Night Shyamalan’s Unbreakable trilogy. It follows Mr. Glass as he teams up with “The Beast” to show the world their superhuman powers. But there’s a twist, they are villains, not superheroes.

The Marvel Universe has been on our necks for the past 10 years, and 2019 is no different. This time they are finally giving us our first female-lead, Captain Marvel. The movie will follow Carol Danvers, a former U.S. fighter pilot, and accidental superhero, as she gets caught up in some intergalactic conflict.

Jordan Peele is bringing us another horror film similar to his hit Get Out. It is set to star Lupita Nyong’o and Winston Duke who both played major roles in Black Panther. According to Shadow and Act, the story centers around a mother and father who take their kids to a beach house to relax, but chaos happens when uninvited guess arrive as night falls. Not many more deets have been released, but we should be expecting another hard-hitting movie that leaves us all shook.

The Lion King is being remade to be bigger and better than the original by switching out the original’s 2D animation with CGI and live-action. With a star-filled cast including Donald Glover as Simba, Beyoncé as Nala, and James Earl Jones returning to his role as Mufasa, you definitely don’t want to miss this one. 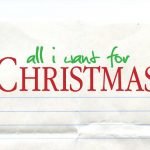 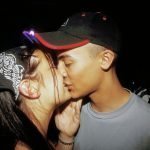