This past Saturday the artists part of the Scream Tour: Part 2 held a town meeting with Chicago youth at Chicago State University. The artists as well as other selected panelists discussed the next generation of leaders. Youth were able to ask questions from the audience as well as via Twitter. Here are a couple of things that I got out of being at the event.

Questions like, what does it take to be a leader, were answered. Rocky of Jungle Boogie stated, â€œSometimes being a leader means to step back and listen. Who people are around you doesnâ€™t define you.â€ Diggy stated, â€œBe a leader by being yourself.â€ He also added that he is making milestones for the person that he is.
What about making a difference, fulfilling your goals, and being a leader all in one? Torion of YMCMB says that â€œYouâ€™re never too young.â€

But what about your influences? Who can we, the youth, look up to as the new leaders in our schools, communities, and lives? Rap duo TK and Cash agreed that their mothers or parents in general are their role models.
Chicagoâ€™s very own Juwan Harris had the perfect formula for staying off the streets, â€œKeep yourself active. Do positive things. Proper preparation prevents poor performance.â€
Truestarâ€™s DeAnna McLeary graced the stage as one of the panelists. What stuck out the most? â€œLearn who you are,â€ no leader can lead without knowing themselves; people wouldnâ€™t know who they are following.

It should be clear that no good success came out of thin air but G.L.C reminded us all that â€œSome great things start as thoughts.
Think nothing is going the way you want it to? Baby Doll of the OMG Girlz says that â€œpatience is keyâ€ and â€œit always works to pray and take a break when you feel overwhelmed.â€
The fact is that the current generation of young people are the future leaders of the next generation. It is never too early to lead and it is never too late to make a difference, especially when you are following your dreams.
By- Jameliah Salter 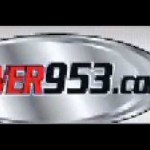