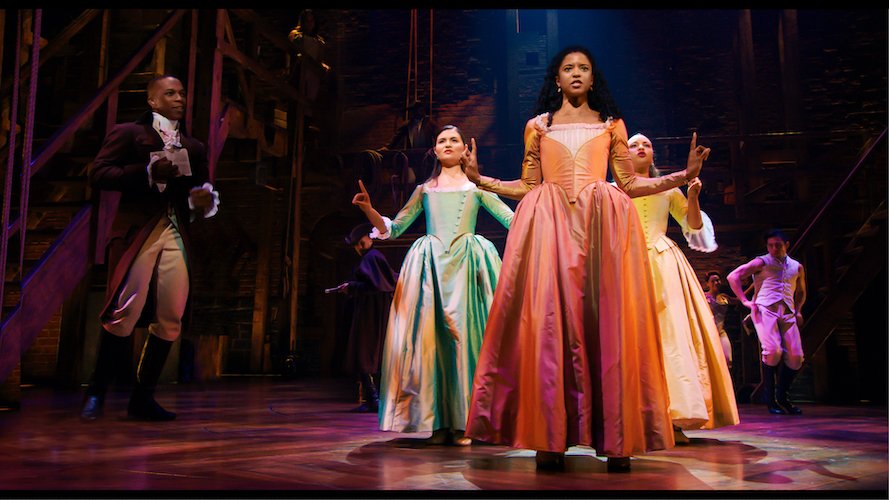 First and foremost, I must admit I’m biased. I’ve been certified and self-appointed Hamiltrash for years now. From the songs to the talented (and admittedly hot) cast and my love for history, I was easily hooked. But the popular Broadway show’s ticket prices haven’t dropped since its debut, and when such prices can range from $200 to over $1000, it doesn’t leave much room for broke teens like me to see the show in its full splendor (Not to mention the original cast no longer performs shows). As mentioned on July 3, Disney+ debuted the movie version of Hamilton, which I think was their best business decision ever. They released the full show, proshot for all of us to enjoy at home.

While the musical is incredibly informative, entertaining, and tear-jerking at times it’s not a history class and many details of Alexander’s life were romanticized and dramatized for the sake of keeping the viewers amused. So, let’s talk about what was true, and what was distorted by the musical’s creator Lin Manuel Miranda.

A prominent plot point of the musical is Angelica’s pining love for her sister’s husband, but the truth is, their love affair was never proven. One of the most well-known songs in the play is “Satisfied.” It portrays a heartbroken Angelica at her sister Eliza and Hamilton’s wedding. During the song, she mentions loving Hamilton from the first time they talked and letting her sister have him because of how much she also loves Eliza. Angelica says without Hamilton, she will never be satisfied but was that true? It has been debated for years, Hamilton and Angelica did trade flirty letters for years (as said in the musical) but when Angelica met Hamilton, she was married and it is unknown if she actually acted against her sister and husband.

A renowned line in “Satisfied” is: “My father has no sons so I have to social climb for one” said by Miss Angelica Schuyler, but that’s not quite true. Philip John Schulyer actually had 15 children all together, according to Wikipedia. Eight of them survived and at least one of them was a son that wasn’t mentioned or prominent in the musical.

Burr vs the Federalist Papers
In the song “Non-Stop,” there is a scene between Aaron Burr and Hamilton. During this scene, Hamilton goes to his long time Frenemy and ask Burr to help him write essays defending the U.S. Constitution. Well, can you guess where I’m going? Yeah, that was all wrong. Originally Hamilton went to Governor Morris and asked him, but was ultimately declined. In the end, the honor went to Madison and John Jay. While in the musical it makes for an interesting conversation between two of the main characters. It is a completely fabricated scene sprung from the brilliant mind of Miranda.

Hamilton has faced many critiques and criticisms, but because of how well it’s written a lot of qualms you might have about the musical could be ignored. But for activists and historians alike, this next fact–not quite mentioned in the musical–has jump-started old discussions all over social media in light of these racially tense times.

So, while watching the musical, did you know or even suspect that Hamilton himself sold and bought slaves, or that almost every character that appears in a number of dazzling dance numbers owned slaves and benefited from the slave trade? I bet you didn’t, and this is where the critiques come in. A quote from Netflix pod cast host Tracy Clayton sums it up very well. “I totally get the frustration about it being a play about slaveholders that is not about slavery,” she said. And so much of the world agrees, even Miranda himself released a statement. In a post on Twitter responding to Clayton, Miranda said: “All the criticisms are valid. The sheer tonnage of complexities & failings of these people I couldn’t get.” He went on in the same message to tell the world that critiques are all “Valid” and “fair game.”

Appreciate you so much, @brokeymcpoverty. All the criticisms are valid. The sheer tonnage of complexities & failings of these people I couldn’t get. Or wrestled with but cut. I took 6 years and fit as much as I could in a 2.5 hour musical. Did my best. It’s all fair game. https://t.co/mjhU8sXS1U

Like all things, Hamilton has its downfalls and errors but in the end, I think watching it as been a wonderful and moving experience (All three times!). It thrust us into the lives of messy political leaders and raps at us all at once. If you haven’t seen it yet, I strongly suggest giving it a watch, despite its historically incorrect facts. 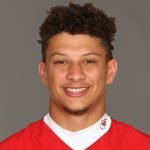 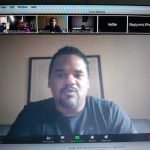