Let’s be honest for a second. No one on the planet–I don’t care if you’re LeBron, Ronaldo, Messi, Jordan, Tiger Woods, or anybody else–absolutely nobody is a better athlete than Serena Williams. You can quote me on that.

After a trailblazing career that both transformed and transcended her sport, Serena Williams has decided to call it quits, stepping away from tennis to focus on her destined second daughter (a must  at the request of daughter Olympia). The soon-to-be 41-year-old explained in a lengthy Vogue essay, “Believe me,” the 23-time Grand Slam champion said, “I never wanted to have to choose between tennis and a family. I don’t think it’s fair. If I were a guy I wouldn’t be writing this because I’d be out there playing and winning while my wife was doing the physical labor of expanding our family. Maybe I’d be more of a Tom Brady if I had that opportunity,” she said, referring to Brady’s comeback to football after just 40 days of retirement.

Williams has inspired many people to play tennis. One of the most prominent is 18-year-old Coco Gauff who has praised Williams constantly and did so again once hearing of her decision to retire.

“I grew up watching her. That’s the reason why I play tennis,” Gauff said following her first-round victory at the Canadian Open. “Tennis being a predominantly white sport, it definitely helped a lot. Because I saw somebody who looked like me dominating the game. It made me believe that I could dominate too.”

Williams is a gift. Her powerful groundstrokes that she and Venus–her opponent in nine all-in-the-family Grand Slam finals–made a staple, her strong place in pop culture (flirting with acting and fashion design), and her venture capitalist work (raising $111 million for Serena Ventures).

“I’m here to tell you that I’m evolving away from tennis, toward other things that are important to me. A few years ago I quietly started Serena Ventures, a venture capital firm. Soon after that, I started a family. I want to grow that family.” –Serena Williams

“It is important to take a step back and think about everything that Serena has brought to our sport and what she has accomplished both on and off the court,” said Steve Simon, the head of the WTA women’s tennis tour. “She is one of the greatest champions, an entrepreneur, a mother, an investor in women’s business ventures, and an inspiration to women and girls across the world.”

Whether Williams makes a comeback or not, she will be remembered for her countless achievements and continuous efforts to make being a women’s athlete easier for the next generation.

But for now, she needs to be “two feet into tennis or two feet out,” a sad reality most women athletes face. 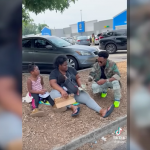 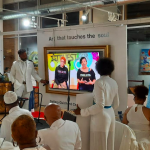