On Wednesday a jarring complaint was filed because women passengers in multiple states reported being kidnapped, sexually harassed and assaulted, sexually battered, raped, imprisoned falsely, stalked and otherwise attacked by their Uber drivers, according to CNBC news.

According to cnbc.com, the case was filed by attorneys with the Slater Slater Schulman firm in San Francisco County Superior Court. The law firm said it has approximately 550 clients with claims against the company, and at least 150 more are being actively investigated.

The ride share company said it received 3,824 reports of the five most severe categories of sexual assault in 2019 and 2020, ranging from “non-consensual kissing of a non-sexual body part” to “non-consensual sexual penetration,” or rape, CNBC reported.

While the company itself has acknowledged the damage and health crisis of its drivers sexually assaulting and raping women, the responses have been slow and insignificant. Here are five tips to stay safe while riding.

Keep the windows rolled down at all times. This is so that if the attacker tries to lock you inside the vehicle you can still manage to get out.

Share your ride with a trusted friend or family member. This tip comes in handy because then someone else will know if your driver is taking a detour or whatever the case may be and call for help.

Keep your finger hovering the emergency button. On iPhones there is likely to be an emergency call button that makes it easy to dial 911 if anything was to happen.

Always carry a small visible weapon. There is always the handy dandy pepper spray that you can keep in your purse or a pocket knife that you can keep strapped to your leg under your dress.  Whatever item you carry, make sure you know how to use it and you keep it close.

Be on the phone while you’re riding but remain attentive. This is so you have a witness, just in case something goes down. 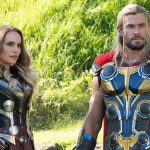