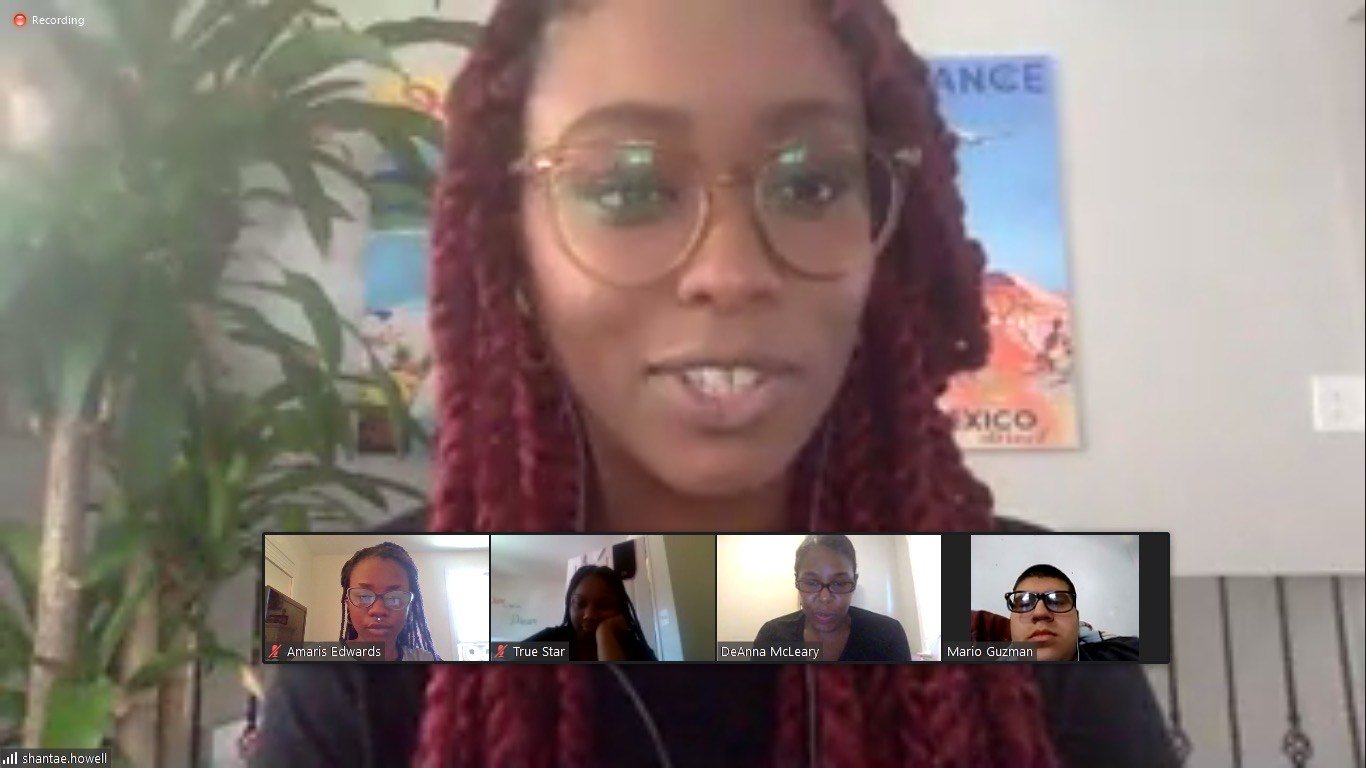 True Star members recently took part in a Zoom call that spotlighted the career of Vox Media Senior Creative Strategist Shantae Howell. Howell’s role at the digital media company is to look at the cultural trends and insights in the world, ideating and iterating the concepts she’s brought forward from clients and executing the concepts in terms of video shoots, copywriting, scriptwriting, managing budgets, color theme, typography and more.

With all the valuable information we received from Howell, here are a few things I learned from our speaker. 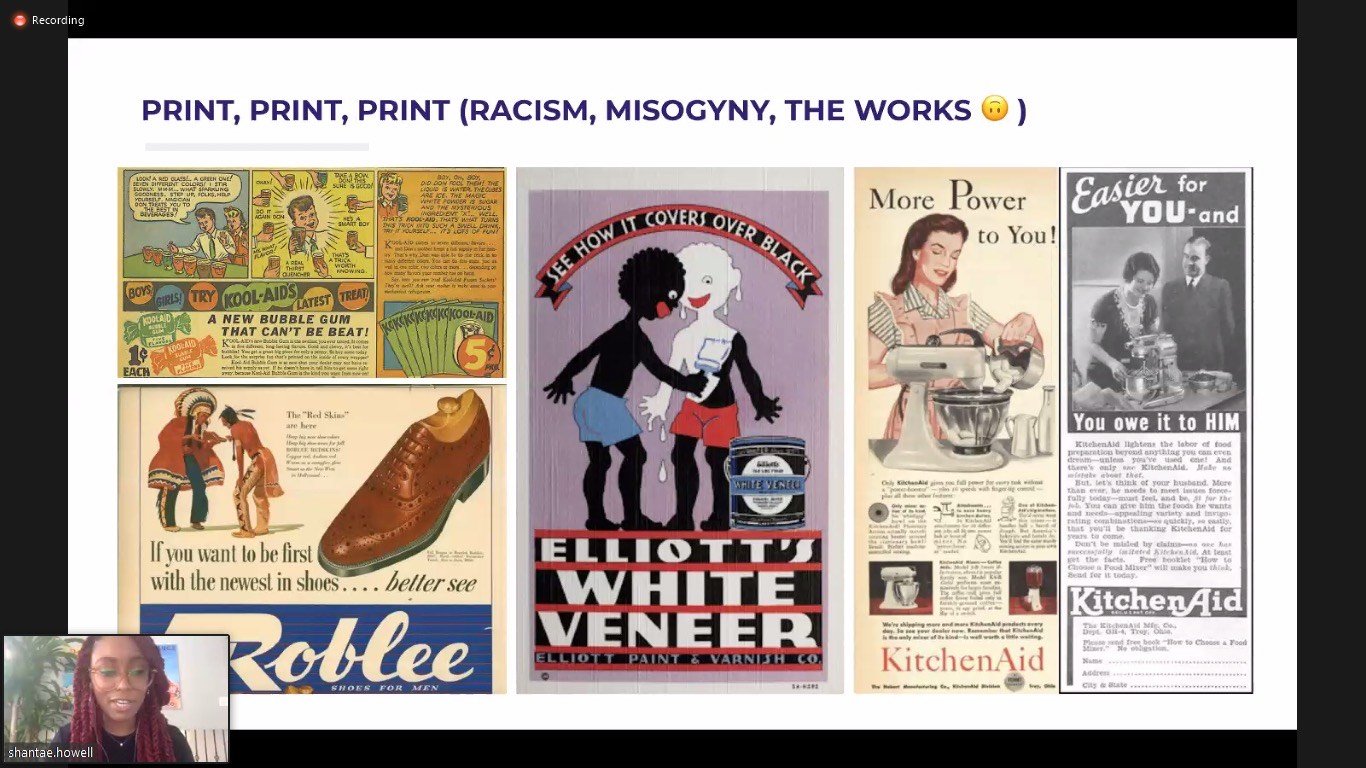 Advertising back in the day.

Around the 1920s-1950s when advertisement took off, it was very Eurocentric, racist, and misogynistic. We were shown advertisements that dehumanized many and didn’t respect people’s identity. It’s crucial to know about this origin because there are still a lot of dehumanizing similarities in advertisements today.

The Importance of using celebs/influencers to represent a brand.

When it comes to ads, casting is everything. “When using celebrities and influencers companies need to think about who their audience is and when it comes to talent, what are they doing outside of the advertisement, and does it tie into their overall brand,” said Howell.

A good example of this is the 2 Chainz Expensify music video where he’s advertising for Expensify, a company whose software is used to automate expense management and receipt tracking. The rapper also has a show on Vice News called “Most Expensivist” where he shows the world how the 1percent spend their wealth on luxurious items such as $5,000 chicken wings and $450K tequila. His advertising for Expensify is such a perfect fit. 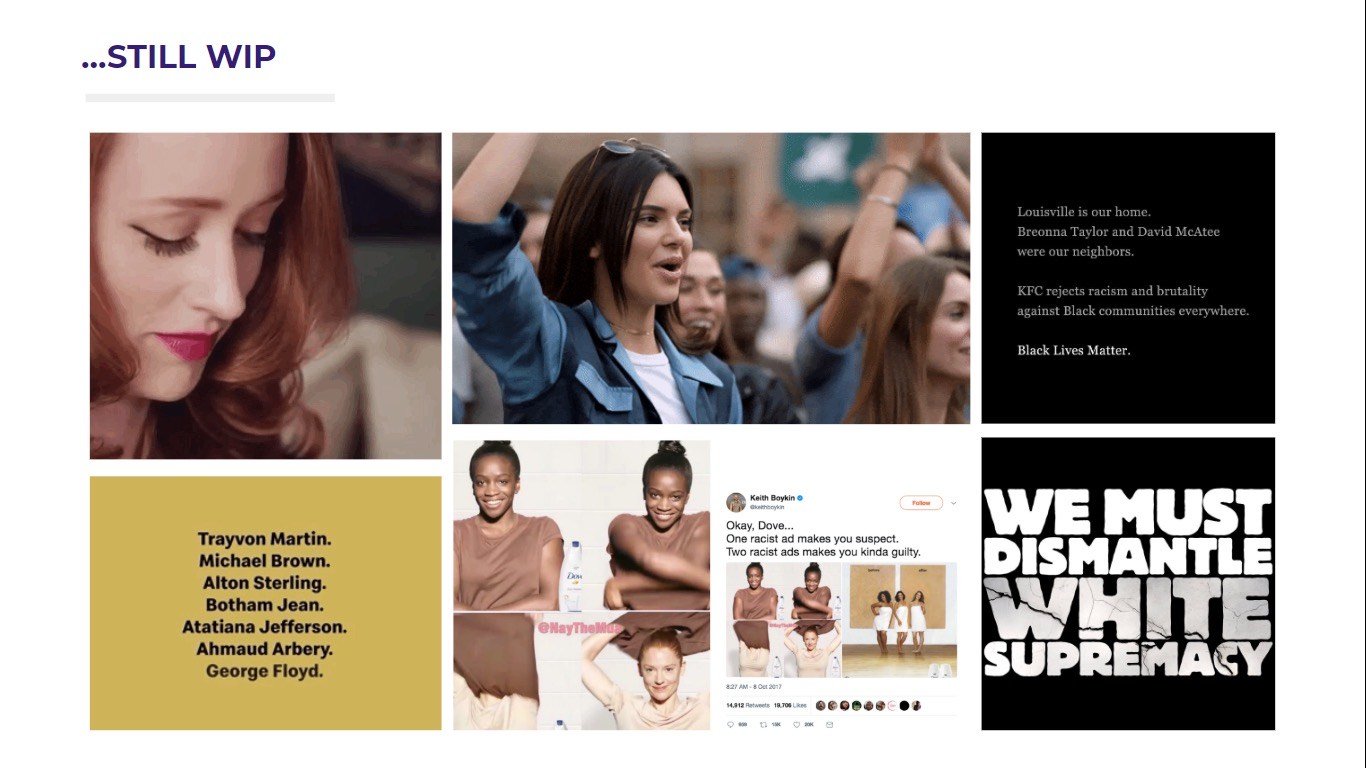 The issues with advertising today


Though there has been progress within the advertising industry, there is still a lack of correct representation and inclusivity in commercials and ads. A few examples we went over were the Kylie Jenner “Pepsi” commercial, Dove’s racist Facebook ad, and Shea Moisture’s “Inclusive” ad. Howell said, “[Companies] need to know their audience and pay them some attention instead of isolating them…and their needs to be the idea when it comes to targeting audience and casting, having an integrated approach.” 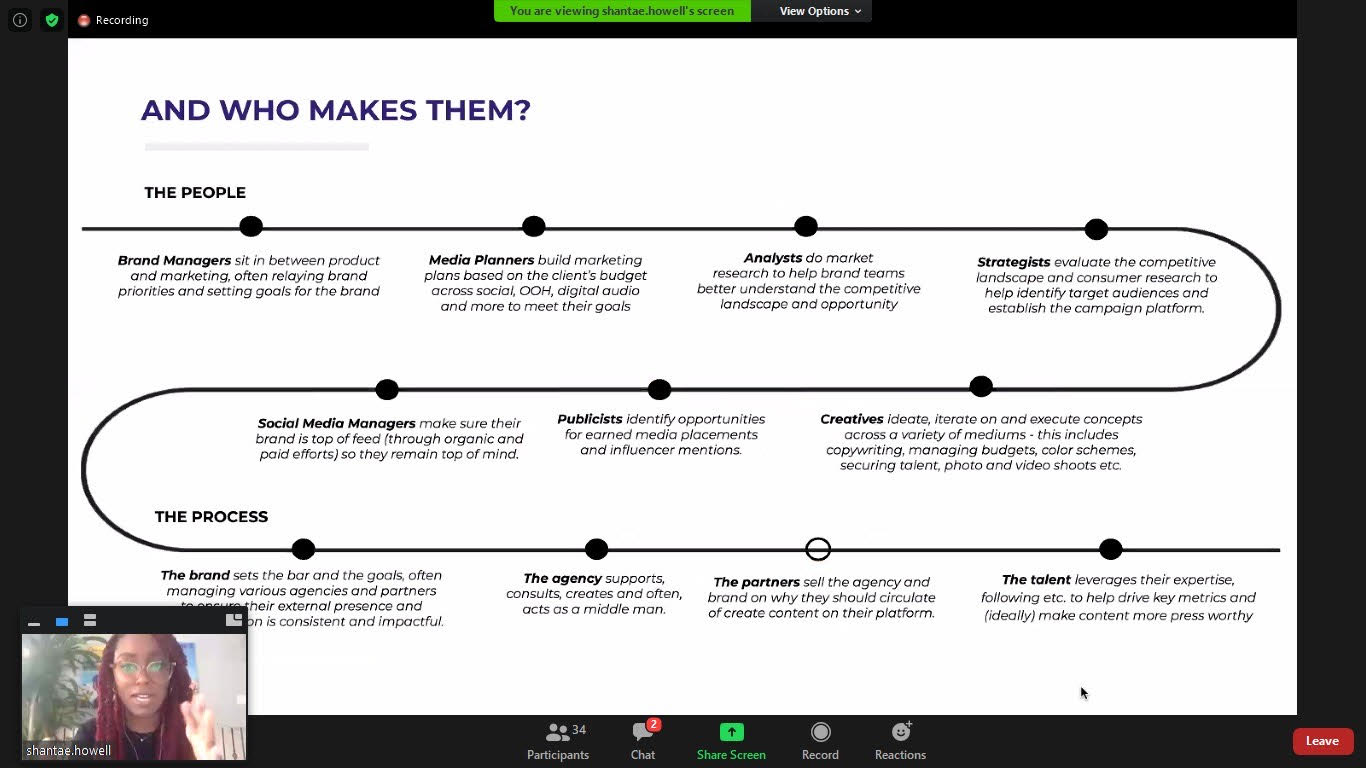 Companies have not been able to go about advertising the ways they use to before COVID. Howell touched on the ways her company has transitioned to a more digital approach.

“Ways that my company has been pivoting is doing a lot more multimedia work, getting more creative using animation. We’re working more with influencers and people who shoot their videos (people who have a YT channel, know how to work Insta Live), using more stock footage, writing long-form articles with illustrations.”

She also mentioned the ways they’ve been using audio spaces. “…We’re able to send equipment to our talent remotely and have them do that audio. It’s a pivot. We can’t do some of the cool documentary work we were working on, but we can make content that’s going to move them [people].”

Honor what you’re passionate about


To end the Zoom, Howell gave us some words of encouragement. “Honor what you’re passionate about and what you care about. Know that as a niche, or as broad as it is, there’s someone who cares about that too. It gives you a unique and special perspective.” She added, “A lot of the stuff that I write about is that and because it’s different than what other people are thinking about, that adds value that people levels above me aren’t able to bring to the table. That gets me in rooms that I didn’t think I’d ever be in.” 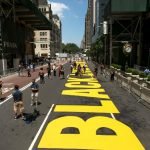 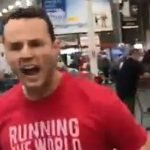