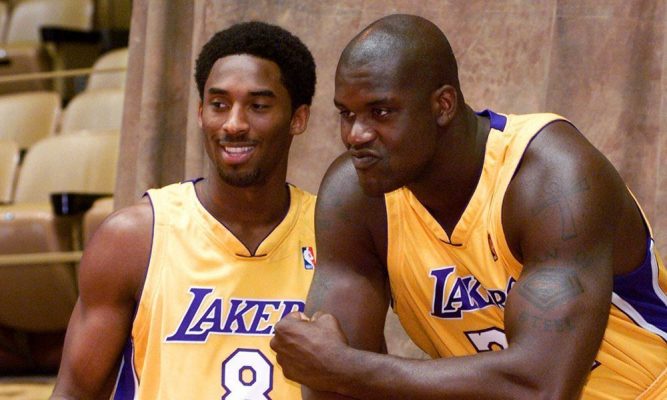 The Shaq and Kobe drama has been in the news lately, as Kobe Bryant has recently stated that if Shaquille O’Neal, Kobe’s partner-in-crime throughout the early 2000s, had Kobe’s legendary work ethic, they could have amounted to 12 rings together. This is obviously obscure and is most likely a hyperbole on Kobe’s part, but like most every lie or exaggeration, there is some truth to all of it.

Via NBA players and insighters, you can find numerous stories of Shaq not trying to work out his body so much in the NBA offseason. Stories of Shaq eating Big Macs during workouts, him partying, and waiting to get in shape until during the NBA season are common. Shaq may have worked hard, according to himself, but even so it still seems as if Shaq did a lot more harm to himself than the average NBA superstar. When Kobe was asked what Shaq could have been if he had Kobe’s work ethic, he wasn’t wrong when he said that the center would have been the greatest of all time. But here’s the thing most people seem to have forgotten; Kobe had the best work ethic out of ANY player in sports history. In my studies of sports, I haven’t encountered many players that even come close to Kobe’s work ethic. The closest I’ve seen is J.J. Watt (Houston Texans, NFL) and Christiano Ronaldo (arguably the greatest soccer player of all time).  So, to say that one of the most talented and physically gifted players in NBA history could have been the best player ever if he worked as hard as Kobe isn’t a stretch by any means.

And although 12 rings is obviously absurd, I believe that a number closer to five or six is likely. In 2003 and 2004, I’m confident in saying that the Lakers would have fell short of a title, regardless of Shaq’s physique, simply due to the Lakers losing because they were out coached, not because of a lack of talent. Now let’s say Shaq and Kobe stayed together past 2004, and retooled rather than rebuilt. They still likely would have fallen short of a title in 2005, mainly due to Coach Popavich and his Spurs (Note: In 2005, Shaq suffered an injury in the playoffs while on the Heat, which ruined the Heat’s chance of a finals run). In 2006, with the Spurs under-performing in that year’s playoffs, the Lakers may have beat the Mavericks and Spurs, and then gone on to likely play the Pistons in the finals again. However, I think things would have gone much differently than in 2004, mainly due to experience from the Lakers and better game planning by Phil Jackson and the Lakers. (For a better look and better understanding of what the Lakers could have looked like had they kept Shaq and Kobe together, click here.)

Who do you side with, Shaq or Kobe?