Starring Tatiana Maslany as She-Hulk, the series follows her as she discovers her newfound Hulk power while she also navigates her life as a lawyer. Some interesting returning characters already shown in the trailers are Tim Roth as Abomination, Benedict Wong as Wong, and Charlie Cox as Daredevil.

If you’re worried about the CGI, don’t be. It seems super improved from the versions shown in the previews. Let’s have a moment of silence for the many VFX artists that were probably severely overworked during weeks between the trailers and the release of the show.

The show itself is styled as a fourth-wall breaking sitcom, which makes sense. She-Hulk was always an inherently comedic character in the comics, poking fun at itself for giving her vastly different proportions than her cousin, Bruce Banner. The comics, and this show, are also a commentary on sexism within the legal system, as well as the glass ceilings and harassment that women everywhere endure.

The first episode had lots of fun references to other parts of the MCU, and also, without getting into spoilers, possibly set up another movie or show in the future. It was structured well, and the jokes were on point. It was nice to see more of Mark Ruffalo’s Hulk, but the show did and will do a good job of reminding us that the story is about She-Hulk, not him. That’s not to say it feels overly male dominated, but there has been a lot of hype over all the returning characters, and it’s a good idea to remind the audience to not expect too much of them. Expect an amazing and funny story about a crime fighting lawyer. 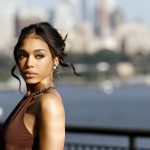