Nobody should have to worry about going to see one of their favorite artists in concert and fear that they may not leave the show alive. Unfortunately, that was the case at a recent Travis Scott concert in Houston.

Friday night, Approximately 50,000 people attended the sold-out outdoor Astroworld Festival at NRG Park to see Scott perform live, according to CNN. The timer began to count down, bringing Scott to the stage. Many fans started to surge to the front of the stage suddenly; there was no space and no air as people began to panic and had shortness of breath. According to reports, around 300 fans were injured, and eight people collapsed and died. Naperville natives Jacob “Jake” Jurinek, 20, and Franco Patiño, 21, were among the eight who lost their lives. Surveillance shows fans trying numerous times to make security aware of what was happening below them—informing the guards to stop the performance as many people were dying.

The concert still went on. With all of this drama, there have been many heated discussions on social media about who should be accountable for this deadly concert. Ahnya Mckay, a senior at Brooks, said, “I feel as if Travis and his fans should be accountable for what occurred. The type of music he produces makes people overly excited; therefore, his security should’ve been well prepared for anything that went down. On the peoples’ behalf, they should’ve been more careful and paid more attention to their surroundings.” Cam Ferguson, also a senior at Brooks, stated, “Since it was his concert. It would be easy to point the finger at Travis. However, it is not proven that Travis had intentions or knew about the circumstances before they took place. I don’t think it’s fair nor justifiable to hold him accountable for the tragic concert.”

Scott uploaded a video on social media, showing his remorse to the families who lost their loved ones and that he and his team had no clue what was going on during his performance. Many said that the video wasn’t sincere and that he had been forced to apologize to his fans.

Tyler Snowman, a junior at Richards High School, stated, “I think him and his team are at fault. There was a video which showed Travis seeing an ambulance in the crowd, and he said, ‘What the f*** is that?’ This goes to show that he was aware of what was going on. I feel as if your fan’s safety should be first, and as soon as he saw those lights in the crowd, something should’ve been done.”

With that being said, I’m right along with the fans. Scott and his management team should take accountability for this tragedy; as a team, it is their job to make sure fans are safe in the environment. NRG Park security also needs to be accountable for their lack of preparation for the concert, and the crowd should’ve been controlled better.

According to major news outlets, multiple lawsuits have been filed against Scott and the concert organizers. It has also been reported that Scott plans to refund the concert goes in Houston. He has also cancelled upcoming shows slated for this week’s tour dates. 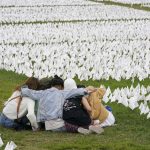 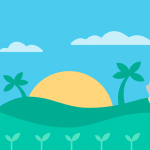