Have you been trapped into the new guilty pleasure of the new hit Original BET series “Being Mary Jane?” If not, here’s an overview.

“Being Mary Jane” is about an African American woman, Mary Jane, played by actress Gabrielle Union who is clearly a successful news anchor, but has problems with her family as well as with relationships. She seems to be able to keep it all together on the business side of her life, while her personal life appears to fall apart. When watching “Being Mary Jane,” you are subject to viewing this character as she struggles to make decisions as it pertains to relationships. Every Tuesday night, viewers can’t wait to see what she’s going to do next, be it continuing to hook up with her married- yes, married- boyfriend or steal sperm from men she hooked up with for her own keepsake. The one question on everyone’s mind is, why does Mary Jane continue to give herself to this man even though he is married? And without thinking about it a variety of conclusions come to mind. She’s basic, stupid, and sideline. But before we jump to that conclusion, we should look at the bigger picture. Yes, the facts are she is sleeping with a married man, but take a look deeper. Why is she a prisoner to his touch? How is it that she knows what she’s doing is wrong, but continuing to do it?

Let’s start with she’s human. We don’t always do things that we are proud of. Secondly, it takes two to tango. Initially, Mary Jane had no idea that her boyfriend was a husband. That was a fact that she stumbled across. But by that time she was already invested in this man. But why is she continuing to make the same mistake? That answer is simple. Feelings. Her feelings are in too deep to just cut him off completely. As humans we don’t just love someone one day and the next go on with our life as if that person had never existed. They have left an impact on your life and when you love them it’s an even bigger impact.

Next, let’s take a look at another character, Andre Daniels, the man she continues to be with even though he is married. Why is it that the finger is pointed to just Mary Jane and not Andre? Just as much as Mary Jane wants to cut off the relationship, he wants it to continue it. Is he a bad husband for cheating on his wife? For continuing to find ways to be with Mary Jane? Why is that we only look at Mary Jane in a negative light?  It takes two to Tango. Just as much blame goes to him for continuing to entertain the relationship as it does to her for falling into his arms every time.

Ultimately, Mary Jane is wrong committing adultery, but before we are quick to judge her, we should take a look at every element of the story. Every thing she does may not be explainable, but sometimes matters of the heart are unexplainable.

What do you think?

Make sure you watch last night’s episode to find out that our beautifully flawed character realizes that Hindsight Is 20/20. 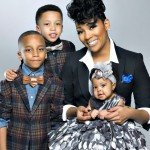 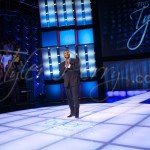