The trailblazing actor, director, and civil rights activist Sidney Poitier passed away last Thursday at age 94. Poitier left his mark on the world and the entertainment industry with his performances in groundbreaking roles and was the first Bahamian-American to win an Academy Award.

Poitier was, in many people’s eyes, a natural film star. He established a place for African-Americans in the film industry, which was at the start of his career, dominated by white Americans.

“Before Sidney, African American actors had to take supporting roles in major studio films that were easy to cut out in certain parts of the country. But you couldn’t cut Sidney Poitier out of a Sidney Poitier picture,” Denzel Washington said at the 2002 Academy Awards, presenting Poitier with an honorary Oscar. “He was the reason a movie got made: the first solo, above-the-title African American movie star.”

Poitier was a true icon, and in honor of his life and career, here are eight of his most noteworthy films. 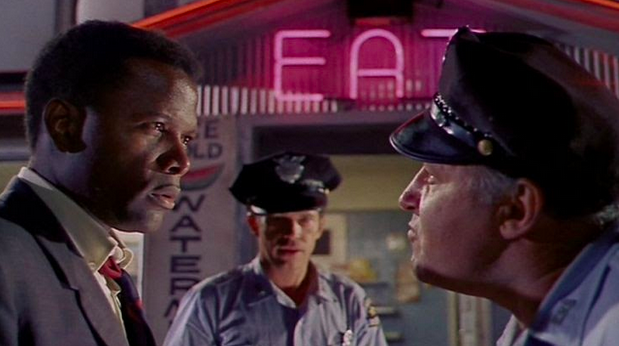 In the Heat of the Night

Arguably Poitier’s most legendary film, the actor notably starred as a Black detective, Virgil Tibbs from Philadelphia, who is coerced to work alongside a racist police chief to solve a murder in a racist Mississippi town.

Here, Poitier also spoke his famous line, “They call me Mr. Tibbs.” He says it after the police chief offends by asking him what they call him in Philadelphia because “Virgil is a funny name.” 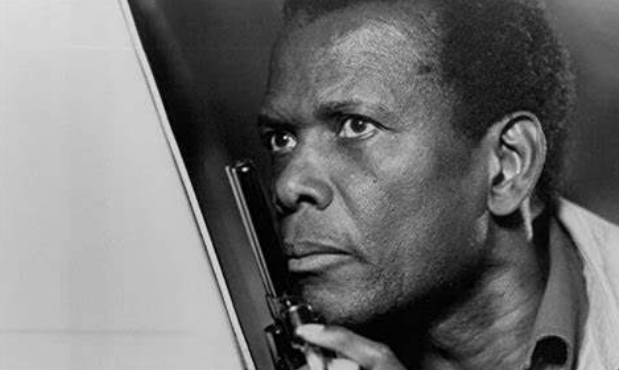 Rating 100% on Rotten Tomatoes, a rarity, this 1988 movie was Poitier’s return to the movie scene after his 11-year absence from the film industry. 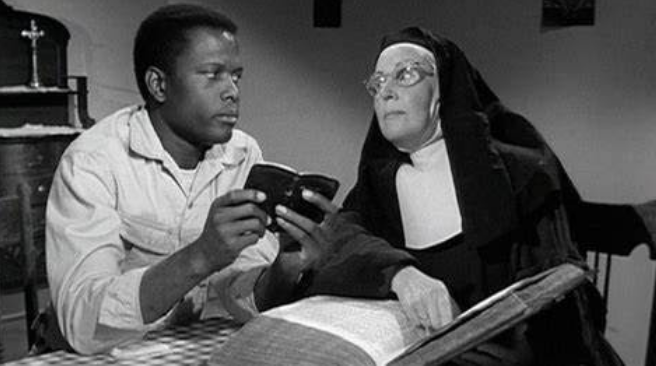 Lillies of the Field

In a 1963 film, Poitier earned his first Academy Award, officially making him the first African-American male to win an Oscar for best actor.

Here, he plays Homer Smith, a handyman who somehow encounters German nuns who believe he was sent from the heavens to help build a church.

In 2020, the film was honored, becoming another one of Poitier’s pieces to be selected into the National Film Registry to be eternalized in the Library of Congress. 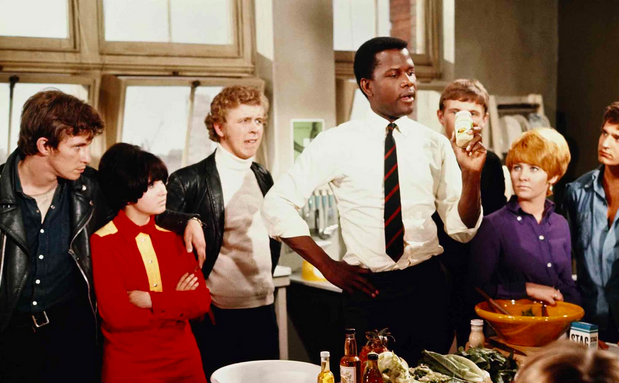 To Sir, with Love

In the 1967 movie To Sir, with Love, Poitier stars as a teacher at a high school in London with raucous teens who’ve notoriously managed to run off every past teacher. Poitier, A.K.A. Mark Thackeray, adopts a new pedagogical method centered around properly treating everyone with respect.

Poitier also reprised his role as Thackeray in the 1996 sequel To Sir, with Love II, directed by Peter Bogdanovich, who recently died. 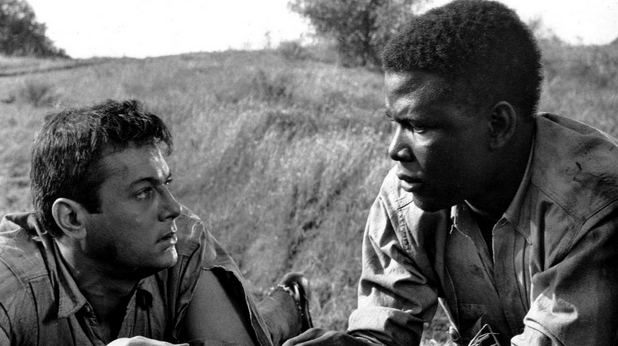 Poitier became the first African American actor nominated for an Academy Award for best actor in this 1958 movie.

In this drama, Tony Curtis and Poitier play escaped prisoners, one white and one Black, who are unfortunately chained together. During a period where racial tensions are high, the two seemingly have nothing in common, but the two characters must play friendly for their sakes. Initially, the two are stubborn and cooperative only in the means of survival, but eventually, the two grow to form a deep bond. A Raisin In The Sun


A Raisin in the Sun, written by Lorraine Hansberry, debuted on Broadway in 1959. The play tells the story of a poor African-American family on the Southside of Chicago who looks to strike some luck to improve their financial state with a check, which resulted from their fathers’ death. In the movie Poitier plays Walter Lee Younger, a passionate, ambitious, and desperate man who works as a limousine driver and is obsessed with a business idea that he thinks will solve all of his economic and social problems. 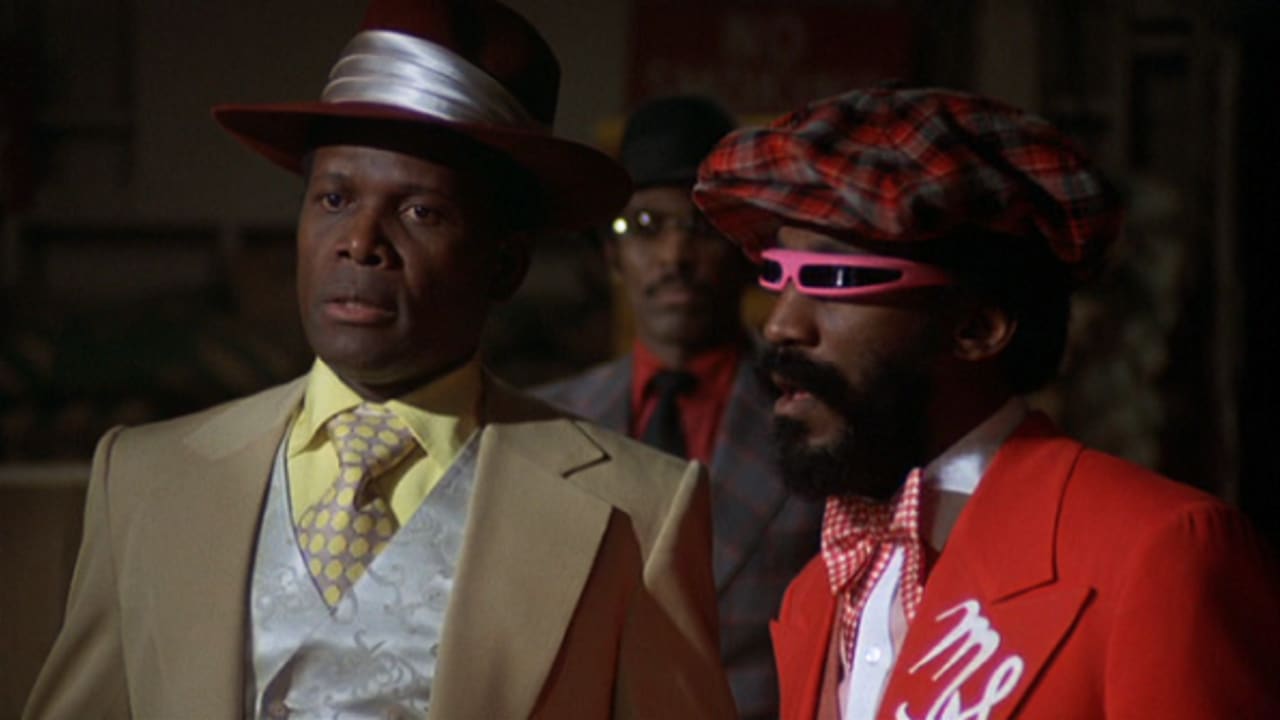 A notable blaxploitation film, Uptown Saturday Night, was one of many films that made people rethink race relations in the 1970s. This film was directed by and starred Poitier alongside Bill Cosby. Their characters, Steve Jackson and Wardell Franklin, are robbed of their wallets containing a winning lottery ticket, they set out to recover it. Guess Who’s Coming to Dinner, which starred Poitier as Dr. John Wade Prentice and Katharine Hepburn as Christina Drayton, depicts the beginnings of racial acceptance and equality on a national scale. The film is a first-class film and focuses on interracial marriage and the challenges that can arise.

This groundbreaking movie was nominated for several awards and won an Oscar for Best Story and Screenplay written for the screen. 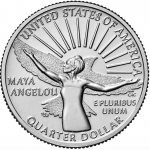 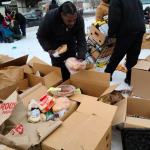