Tim Bankston hosted the 12th Annual Bob Hambric Shootout and day one was a success. The event took place at T.F. North High School at 2:00 p.m. on Saturday January 14th, and from the start it was go time. The first game featured Rich Township vs. Epic Academy and Rich Township did not come to play games. Rich Township went on to win 102-35.

Next up was Brooks Academy. Brooks took on Flint Elite who drove in from Flint, Michigan. Flint was putting up a good fight up until halftime (48-38). Unfortunately, their party was rained on, losing 84-73.

The last match-up for day one was Phillips vs. St. Francis De Salle this game was over before it started. Phillips came out strong and finished strong winning 77-58.

Day two started with the same excitement as day one, if not better. Flint Elite took on North Chicago for their second match-up of the tournament and they obviously didn’t take their first lost very well. Flint dominated the whole game beating North Chicago 100-54.

Game two was Bogan vs. Don Bosco. Don Bosco stated before the game that their intention was to play Don Bosco basketball and that’s exactly what they did. They went on a 12-5 run at the start of the game leading the half 44-22 points. Bogan bounced back in the second half trying to make a comeback but time was not on their side. They lost 75-61.

Game three featured De La Salle vs. Farragut. De La Salle had the upper hand the majority of the whole game. In the fourth quarter with two minutes, left Farragut made a comeback but unfortunately, due to the coach, I have to say he threw the game being down one point. Farragut’s coach called timeout with none to spare, which gave them a technical foul. De La Salle missed one free-throw but drained the second with the ball going their way. De La Salle then hit a layup to seal the game winning 55-51.

Last up for day two was the home team T.F. North vs. Thornwood. The game was intense with both teams barely putting up 20 points in the first half. The defense was through the roof with many rejections and steals. You can tell both teams really wanted to win this game. T.F. North found a way to shut down Thornwood winning 61-40. 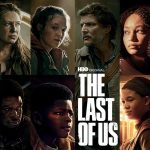 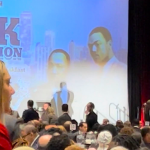