After withdrawing herself from the team final and other individual events, Simone Biles made a return to compete in the Olympic Games.

Removing herself as a result of mental health concerns and having the “twisties,” Biles is back and better than ever. She went on to win a bronze medal for her balance beam performance.

This bronze medal is Simone’s seventh Olympic medal making her tie with Shannon Miller for being the most decorated American gymnast in history according to ESPN.

This bronze medal means more than any gold or silver could considering the circumstances that it came under. Biles was under heat from many for her withdrawal from the other events. Along with the scrutiny that she was under, she was also struggling with her mental health. This bronze is something to be proud of and many other Olympic athletes have shown their support and how proud they are of her.

“It’s been a very long week, it’s been a very long five years,” Biles said speaking in the gymnastics center after the event, according to cnbc.com “I didn’t expect a medal today I just wanted to go out there and do this for me and that’s exactly what I did.”

Congrats Simone Biles on an awesome performance and for putting your mental health above all else. 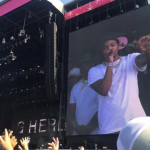 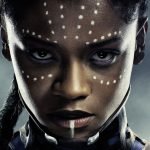