The year 2021 has been brilliant for Black women. From Amanda Gorman’s fearless inspiration at Joe Biden’s inauguration this January, to climate activist Vanessa Nakate’s wise words regarding the preservation of our planet, we are exceeding and setting standards in remarkable new ways, in every possible arena and field. Olympic gymnast Simone Biles is no exception, and the hard earned acknowledgement she deserves has recently been platformed by TIME Magazine as Biles was named Athlete of the Year. The stellar profile TIME released, written by Alice Park and Sean Gregory and released on December 9th, details the core moments that made Biles stand out this year.

Some of these moments focused on her performances, and lack thereof at the Tokyo Olympics this year. Biles made major headlines for pulling out of multiple events after suffering a mental break often called “twisties” by gymnasts; her focus was compromised, and she had the strength to stand up for herself. She may have not met the expectations of the world as it kept its eyes trained on her, but Biles proved to be an exemplary supportive teammate and sagely shared her story with the world to explain her decisions.

Biles is no stranger to extreme publicity and criticism, but took the controversy she faced in stride and stood firm in her agency and ability to judge her own performance. This type of bold advocacy from a Black woman on the international stage follows the inspirational words and actions of Naomi Osaka and Serena and Venus Williams, all role models who have made it clear that they have earned the right to defend themselves from the discrimination others deal them, and do so flawlessly.

Although the highs of a triumphant Olympics are sure to remain written in history for years, Biles also faced a new personal challenge: testifying at Senate hearings regarding the FBI investigation of Larry Nassar, a former renowned gymnastics coach and convicted sexual abuser. Biles is the only remaining survivor of Nassar’s abuse still competing, out of several who have stepped forward since initial stories of harassment surfaced in 2017. Biles spoke out about this pressure, and the mental toll that both healing from sexual assault and providing a public figurehead for justice against Nassar entails.

Though she shouldn’t have to bear the pain and responsibility of an entire movement, Biles has undoubtedly established herself as an aspirational figure and role model for young women everywhere with her courage and determination. She’s recently finished headlining her first U.S. tour, and has a bright outlook towards the future cultivated during her time in therapy recently. Biles couldn’t be stopped before, and she certainly won’t be stopped now! 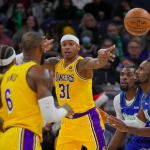 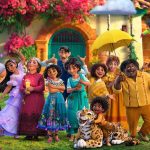