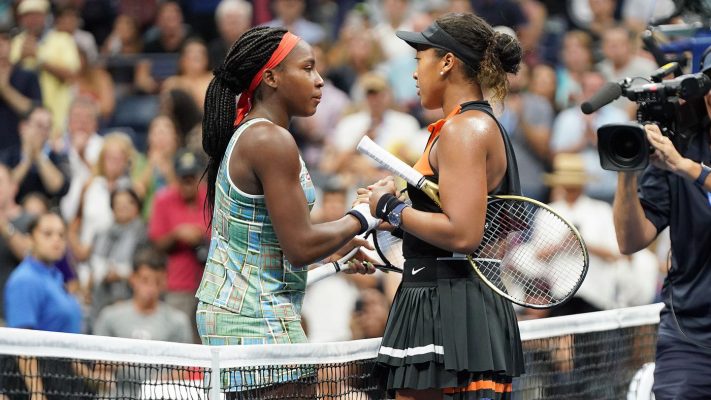 Can we all agree that society has constructed a norm that women have to compete with each for just about everything? One has to be prettier than the other or skinnier. We compete when it comes to men (The whole “I’ll take your man” narrative is getting rather old honestly). And, then there are careers and promotions. They already barely want women in the workplace as it is, so battling it out for a job is added to our long list arbitrary things.

With all that being said, the display of sisterhood that took place on August 31, 2019, between Naomi Osaka and Cori ‘Coco’ Gauff was truly outstanding. Osaka defended her champion title at the US Open Tennis match earning straight sets of, 6-3, 6-0, at Arthur Ashe Stadium. Yes, shorty was doing her thing on that court, but that’s not what got her so much praise at the end of the match.

Immediately following the match, Osaka moved to console her opponent. Gauff had a tearful moment following the match, and Osaka took it upon herself to embrace the 15 year-old and encouraged her to participate in the post match interview. Of course at first Gauff was rather reluctant to join, but not for the reasons you would think. It had nothing to do with being a sore loser or anything like that.

“I’m not the type of person who wants to cry in front of everyone. I didn’t want to take that moment away from her,“ Gauff said when asked why she was initially unsure about joining Osaka for the interview.

She simply did not want to take away any attention from Osaka’s win. All this does for me is further enhance the beauty of these two powerful women. At that moment it was not about a competition anymore but it was about a bond, a sisterhood. This what you call a “class act” for both of these young women.

They each played outstandingly and Osaka wanted to share her moment with Gauff because they both had something to be incredibly proud of this day.

Osaka even went on to praise Gauff’s parents saying, “they raised an amazing player.”

Both girls received a massive amount of praise from social media this day. I mean Twitter was in a frenzy, with tweets ranging all the way from Kobe Bryant and Kelley O’Hara.

Sports has a way of bringing people together. Seeing these two young women come together and praise each other for their drive is a real display of Black Girl Magic.