Born Lisa Williamson somewhere in 1964 , was the greatest literary architect to ever give voice to a writing utensil. Activist. Philanthropist. Writer. Film Director. Wife. Mother. Thought provoker. Intellectual mastermind. This woman is all these things and more. I would not have ever picked up a book, let alone a pen if it was not for her very existence. She didn’t make it popular to be a black woman with a mind outside of beauty, a banging body and grandma style kitchen skills. She made it necessary. And, for that I will forever be indebted to her. With her presence in this world, women like myself who didn’t long to get married and bare children for a man, had a leg to stand on. She, like myself came from the hood. The bottom of the bottom of nothingness and here she sits today on my computer screen with her natural ponytail parted down the middle and pulled to the back. Equipped with a large, flat stud in her ear giving me chills with the knowledge that I wish I could be a fly on the wall to just hear an inkling of. She is my Beyonce’. If I ever idolized a person, a woman, a lifestyle, it has been hers. She is Sister Soulja.

The Coldest Winter Ever changed my trust in myself. It instilled dignity and pride in me knowing that I was blessed with the talent to produce thought igniting material that would distort the face of adversity, and all those that didn’t really take my dreams as serious as I did. I understood each of the underlying purpose of every chapter in Coldest Winter, and from cover to cover she made me feel it. I should have known then what I wanted to do with my life, but I fought it. And today like always the very embodiment of my purpose has been plastered into my face. For that I am humbled and grateful to watch her still speak to people with such grace and poise and set them straight on her position in the world, music, charity and African American history. She is brilliant. With all of the heavy leg work being done to release my own debut novel, explicitly opening the window to my world I felt compelled to speak on Sister Souljah. She too began writing at a very young age, composing letters to her mother to replace the conversations that had the potential to go sideways. Her mother influenced her to write, advising her that she had such a strong voice and she needed to watch it. So she did just that to ensure that she could control the tone of how her wording was perceived. “You have to speak correctly” Souljah tells the Breakfast Club cast members her mom would always say.

Her mom knew back then that her voice was powerful and it would change minds and lives alike. As she went through school she continued to write for everything and when there wasn’t an outlet for her to do so, like at her college Rutgers University, she created one. Writing was her voice and it was permanent. I have to believe that she felt better writing as opposed to speaking because in black and white, her meaning very seldom was misconstrued. She said, what she said. “Hip hop was the vehicle to save the hood, the music was what I needed to keep everything going.” Sister Souljah responded when asked how did she get into music by well known personality Ebro from Hot97 in NYC. She knew that there was a double standard in the world for educated black women who weren’t afraid to voice their opinions. Inspired by Malcolm X , Souljah would go the basement of her local library and watch videos of Malcolm in awe of what he meant to the movement of racial profiling and inequality. From then on she made it her business to study because with such a voice, she knew it was pertinent that when she got on the mic she would say a meaningful word.

I watched several interviews of her speaking before I felt like I had enough information to put together a piece that would do her legacy justice. What intrigued me the most about her was the fact that in the softest and most none threatening tone she spoke of men , women, political deficiencies and police ,and said that “Love was the glue that holds any movement together.” This fight that we’ve been fighting for eons continues because there is no genuine love for one another as it was back in the day. My thoughts rattled as I looked back and thought heavily about how we are only outraged by the killing of our young black men and women for a while until the next one gets horribly murdered and then it’s back to regularly scheduled programming. Emmett Till’s plight is still being fought to this day because the people of his town loved him, the family he came from and what his life and death meant for our future. She mentioned that it was easy to kill people who don’t love each other when we fail to even know the definition of love and what is our position in it as men and women. Furthermore, what real love looks and feels like. “It is hard for a man that has a deep hatred for his mother because of things that may have happened to truly love a woman” Soulja spoke on Midnight’s character in her newest piece Moment Of Silence, Midnight 3. But that too resonated with the world today. The overflow of male chauvinism and misogyny in all things entertainment wouldn’t be as potent if there was any real love and respect for women. The #MeToo movement hadn’t risen just yet, but I would give anything to hear her take on the occurences that lead up to it.

This woman means more to the entire species of women of color than we would ever realize. Souljah spoke on th lack of reading in the community, and in the household period. Technology has done such a number on people that no one even thinks to read anymore with Google being so accesible. Physical communication is a thing of the past and she believes that is exactly how the world wants it. “To whom benefit does it serve for your children to be ignorant?” I was taken aback by this question and thought I’d leave it here for you to dwell on it too.

P.S. The Coldest Winter Ever is in independent production with Executive Producers, Jada Pinkett Smith and Sister Souljah. “I want my characters to stay how I wrote them” 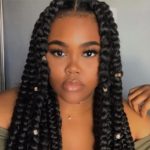 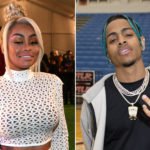