Young Thug’s latest  should be considered one of the hottest and best albums of the year. But, can you really be surprised? Not only has his album Slime Language 2 been having raving reviews, but the cover art for it was aesthetically pleasing. If there’s one thing about Young Thug, he’ll always remind you that he’s royalty.

Usually, when it comes to artists dropping new albums, it’s very rare for me to like any of their songs back to back. Normally, I might have to skip around throughout the album, go to social media and skim through the most beloved tracks throughout my timeline, or read reviews written from other commenters themselves. However, with Slime Language 2, I was immediately hooked on the energy shift that Young Thug was bringing on this album.

One track that Young Thug previously teased on his platforms was “Ski” that he uploaded and playfully danced along to in the studio. Once his official album dropped, iconic fellow rappers such as Future recreated the dance and tagged Young Thug with the caption “hey twin”. After this, there was a #ski challenge that circulated throughout social media of users recreating Young Thug’s original dance and promoting his new album.

My favorite track on Slime Language 2 is definitely “Came and Saw” feat. Rowdy Rebel. The track immediately begins with an attention grabbing beat and instrumentals that screams “Young Thug” is in the building. If you ever needed a song to get ready before a night out or a big event, this is definitely the track you want blasting through your speaker systems. After the buildup of the intense beats and drums, Rowdy Rebel enters with the cocky lines:

You cannot step with the steppers (Steppers)”

That’s all you need to know about the song.

Two other honorable mentions on Thug’s album are “Slatty” feat. Yak Gotti and Lil Duke and “Solid” feat. Drake. I might be biased because I’m a true Drake fan at heart, but Drake’s versatility throughout the track just goes to show how Young Thug is brilliant when it comes to choosing which artists to collaborate with. Honestly, Young Thug’s position within the rap game has been solidified, but if you ever questioned whether he could ever fall off, this album should definitely give your answer. Which is, never.

Make sure to vote your reaction to Young Thug’s Slime Language 2 album down below. 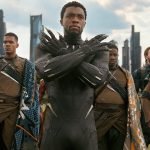 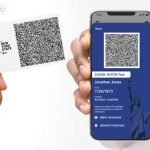