The newest installment of the “Venom-verse” stars and is produced by Donald Glover, featuring yet another character no one’s heard of.

On December 16th, they revealed in an exclusive with The Hollywood Reporter that Glover, aka Childish Gambino himself, is working with Sony on another movie in the Marvel universe containing “Venom” and “Morbius.” They seem to be continuing the trend of revolving the movies around Spider-Man villains, some of them very obscure, like the announced “El Muerto.” This time, Glover is playing Hypno-Hustler.

Since many people probably don’t know who the obscure character is, here’s a recap: Hypno-Hustler was an 80’s disco-era villain in the Marvel comics, who uses hypnotic singing to put people into trances. He only appeared in a few issues, sometimes just as a background character. The Hollywood Reporter said that the musical aspect of him appealed to Glover, which is what made him take on the project. The website also reported that Myles Murphy, the son of actor and comedian Eddie Murphy, is on board to write the project.

Sony’s Venom-verse movies aren’t exactly known for their high quality, with the most recent one, “Morbius,” only having a 15 percent critic score on Rotten Tomatoes. However, maybe with Glover’s expertise, it can at least have good acting and good music.

This is also a bit of disappointing news to some fans, since Glover played Miles Morales’s Uncle Aaron in Spider-Man: Homecoming. If you’re a fan of Into the Spiderverse, you’ll know that Uncle Aaron is the supervillain The Prowler. With his new contract in this movie, we can probably expect for him not to show up and bring The Prowler to life in the MCU anytime soon.

As it stands, Sony seems to be setting up the classic villain team The Sinister Six, so far starring Venom, Morbius, The Vulture, El Muerto, Kraven the Hunter, and Hypno-Hustler. An unusual line-up, for sure. As to why none of their movies have had Spider-Man so far, no one knows.

Are you hyped for “Hypno-Hustler”? Do you think it’ll be a good movie? Let me know! 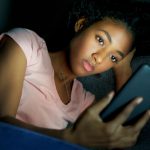 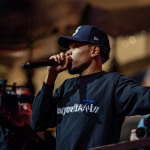