No worries for those who haven’t seen the newest Spider-man movie, Spider-Man: No Way Home. There will be no spoilers here.

Arguably the most incredible movie in the Spider-Man collection, Spider-Man: No Way Home, starring Tom Holland, Zendaya, Benedict Cumberbatch, and so many more, continues to find success at the box office.

According to The Hollywood Reporter, moviegoers are so euphoric that the latest installment of the Holland-led series amazingly reached a significant milestone, marking $1 billion at the box office, which is quite an impressive feat considering there is a full-blown COVID-19 pandemic.

It seems like everyone and their mother has seen this movie because the movie hit the $1 billion mark in nearly record time. To compare, the concluding movie of the Avengers empire, Avengers: Endgame, topped $1 billion in five days, and the film before, Avengers: Infinity, did the same but in 11 days, with no pandemic, by the way.

Spider-Man: No Way Home has entered elite status as it becomes the 49th film to earn $1 billion at the box office. Spider-Man: Far from Home, released in 2019, racked $1.1 billion. The latest film is on a straight path to exceeding the last film’s earnings, and unless the Earth detonates, this will convincingly be the most profitable Spider-Man film in history. 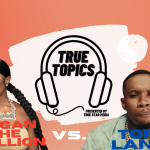 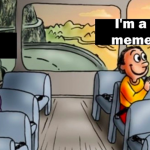