Ever wonder what it would be like if you brought the women of “The View” to “ESPN”? Well you’re about to get a taste of that as the brainchild of Tanee McCall Short and Brandi Slayton goes live Wednesday nights, 6p PST. The show is titled Sports And The City, and while the idea was birthed three years ago, tonight it jumps out of their head and onto your screens.

Short and Slayton are the producers of the show. Many may have seen Short as a Dynamite in the film adaptation of Hairspray starring Queen Latifah & John Travolta, You Got Served, The Losers, where she played the pregnant wife of her real life husband, actor Columbus Short, or as a background dancer for Beyonce on her world tour. Her love of sports is what spawned this project but her passion for producing is what’s bringing it to you.

Having worked as the assistant for Think Like A Man producer Will Packer, Slayton is no stranger to the industry either. Slayton has worked behind the scenes for over 5 years on various feature film productions with Rainforest Films, Sony/Screen Gems, and Warner Brothers, and also in television with ABC Studios. Her roster includes films such as Takers, The Gospel, Stomp The Yard, This Christmas, Obsessed, and The Losers. They’ve combined their experience and are now shedding light on another passion of theirs, and so many other women alike; SPORTS!

The idea behind this show came forth when Short and Slayton realized that a show that catered to or even considered women interested in sports hadn’t yet been created. “There’s certain things that women pick up on that men don’t,” says Short. She went on to say, “We pay attention to detail, and care about more than just how many yards they throw and what the numbers [stats] say!” Therefore, they decided to create that platform as opposed to complaining about the fact that it didn’t exist.

While the majority of potential sponsors and investors assumed that the show might be about women scantily clad or in pink, gathered around a table speaking simply about athletes physique or bashing them, Short and Slayton assure us that there’ll be depth and substance. They intend to explore the person as a jersey and underneath that jersey. What are their struggles? Failures? How did they push past them? What’s life like before, during, and after the league? How do they balance family and career?

There are so many great elements to the show. It’s a group of savvy women who understand the sport and want to present the many components of the sport. “It’s a team sport, and sometimes half of the roster only gets noticed when they mess up,” said Short. Slayton agreed, and went even further as to say, “Women understand that these men have more going on in their lives, and that them as an athlete is only one layer. If this is a picture, we want to know what other colors fill up the player’s life. We want to see a landscape view opposed to just a portrait view.”

Moderator of the show, Khadijah Haqq McCray, who many will recognize from the movie ATL, where she starred alongside her twin sister Malika Haqq, felt the same way. She describes herself as a “fanatic”, and said, “The game drives me and fuels me, and whenever someone has something to say about football that I don’t like, I attack!” She believes that the show brings a female fan perspective of the game to an audience that’s completely under-served. One of the great things about the show in the words of Slayton, is that “The show is spoken from the voice of the fans. These are people who know the sport, love it, and even played it as opposed to having a journalist voice. Therefore, it’s told in the language of the fans, and that is one valuable edge that we have.”

To top it off, the show has a panel of women that vary in personality types. Two of them currently play on a championship female tackle football team. You have everyone from the enthusiast to the girl next door, and since they broadcast outside the confines of censorship, you never know what they’re going to say and how they’re going to say it. That’s one key benefit of having a show online.

I believe the show will be a major success. I also believe that the players will be happy to be seen beyond the stats or the helmets. If I were you, I’d tune in to www.youtube.com/sportsandthecitytv to see the view that these ladies and the fans have in regards to sports! You can find it live on YouTube every Wednesday night at 6pm PST. Tune In! 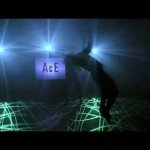