Music’s royal couple, Beyoncé and Jay-Z were snapped by the paps as they enjoyed a date night at a Battery Park, New York movie theater. The twosome reportedly watched Marvel’s Iron Man 3. Following their outing they were also spotted arriving at Summer Jam. Although they both are dressed to the nines as usual, Jay-Z’s “Blame Society” t-shirt stole the show. The Frank & Jan statement tee costs the rap mogul $24. 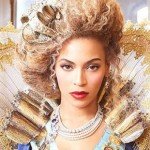 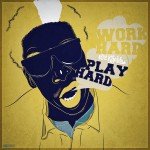